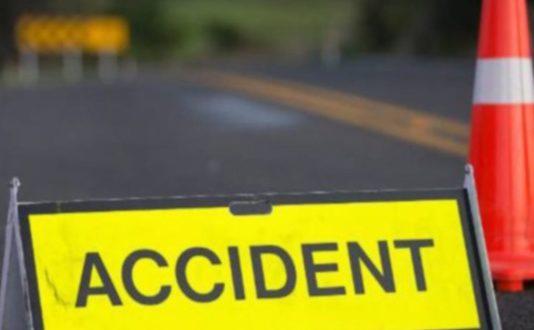 Two men returning from the morgue crushed to death

Two cousins, identified as Yaw Agyekum and Kweku, have been crushed to death at Nkwateng in the Birem North district of the Eastern Region.

Father of one of the deceased, who spoke to Adom News, Godfred Kwasi, said both boys were riding a motorbike on their way back home.

He said they had gone to retrieve a body from the New Abirem morgue for burial at Akokwaso when the unexpected happened.

Mr Kwasi explained he was in a car behind the ambulance when they were alerted some members on a motorbike had rammed into a tipper truck.

He said he got there only to find his son and nephew lying unconscious, believed to have died on the spot.

Tags crushed DEATH FROM men morgue returning THE TO TWO