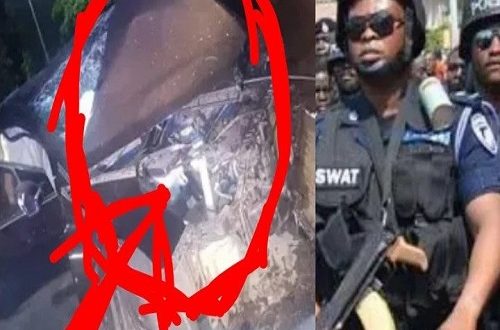 Nana Yaa Brefo is one of the popular television presenters and female journalist in Ghana. She has worked at Adom TV and she is currently working with Angel TV. She has a lot of experience in the field of Journalism.

This morning live on Angel TV on Anopa Bofo show, Nana Yaa Brefo revealed a death incidence that occurred in Takoradi in the Western Region of Ghana.

It was reported that A group of police officers confronted a Soldier man who is not in a uniform.

The police tried to interrogate the man to find out if he is a Soldier and why he is not in the Soldier Uniform.

This issue sparks anger between the Police officers and the Soldier Man.

Unfortunately, the police officers overpower the man and lead to this death(Soldier Man] on the spot of the incident.

Below Is the link to the information reported by Nana Yaa Brefo on Angel TV.

Previous VIDEO: Nike sues company that made ‘Satan Shoes’ with human blood in them
Next Man buys church building, kicks out members over noise