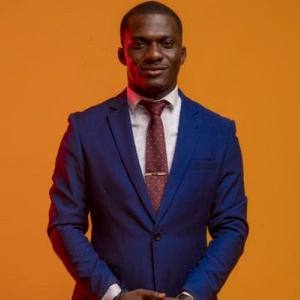 “So somebody was streaming live on my platform, I had no idea but one of my writers informed me and I rushed to check it out and I realized the person has made all my videos private and was streaming a video about Elon Musk’s ex-girlfriend“, he said.

Detailing what happened on Kofi TV, he continued that “I am sure that particular video violates the policies of YouTube so I tried to change the password but the person has already logged in“.

According to Zion Felix, when the person made videos on his channel private, he received an email notification of a YouTube strike for violating the guidelines and he started working to solve the problem but he couldn’t solve it in time.

“After he made private, YouTube sent an email that I violated a policy as you know about YouTube, there are three strikes, so if you get 3 strikes it’s a no to the channel so I was working around the clock to make sure I remove the live stream,” he told Kofi TV.

In the video seen by pulse.com.gh, he continued that “I wanted to log out from all computers so that it will log the person out … so I was working on it and they sent an email that they have terminated my account and I can’t do anything about it“.

Speaking on the way forward, he said “I reached out to them on Twitter, and they asked I follow them so they can send me a DM so that we can take it from there so I followed them, sent them a message and waiting for their response so we continue the conversation“.

According to him, if he doesn’t get the account restored then it means he will have to create a new one and start afresh. The celebrities blogger is known for his success on the video-sharing platform as he combined its financial benefits with other revenues from his work to build a house, buy cars and set up a TV studio at his home.

The popular Ghanaian blogger has however also issued a disclaimer about new fake accounts created in his name. “For now I’ve not created a new YouTube channel. We are in talks with YouTube to get the old account restored. Thanks to all for the love“. See his post below.