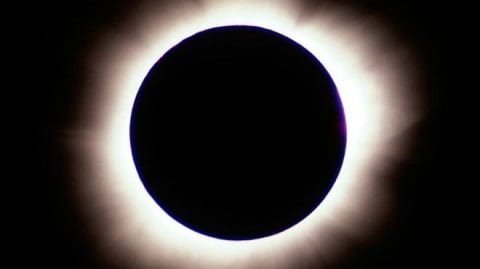 On March 29, 2006, Ghana and other countries across the globe experienced a total solar eclipse which was one of the most popular astronomical events in the country for decades.

The 2006 total solar eclipse was the second incident visible in Africa in just six months and its visibility was across a narrow corridor which traversed half of the earth.

The path of totality of the Moon’s shadow began at sunrise in Brazil and extended across the Atlantic to Africa, traveling across Ghana, the southeastern tip of Ivory Coast, Togo, Benin, Nigeria, Niger, Chad, Libya, and a small corner of northwest Egypt, from there across the Mediterranean Sea to Greece (Kastellórizo) and Turkey, then across the Black Sea via Georgia, Russia, and Kazakhstan to Western Mongolia, where it ended at sunset.

The phenomenon lasted a duration of 247 seconds (4 minutes 7 seconds) and its maximum width band covered an area of 114 miles.

Ahead of the day, a National Planning Committee had sensitized citizens on the occurrence and the need to avoid looking at it with the naked eye as it could cause irreparable eye damage.

The trend on the day was the popular eclipse goggles which were fitted with x-ray films and worn by millions of Ghanaians and foreigners who had traveled into the country to observe the occurrence.

Then-President John Agyekum Kufuor who was barely nine years old when the last total eclipse occurred in 1947, described the 2006 experience as a “great” one.

“Today, close to 60 years later, it is happening. It shows the beauty and wonders of nature;” he said.

Whiles the total eclipse lasted a little over 4 minutes across Ghana, the journey of the moon across the face of the sun begun around 0800 hours and lasted until about 1000 hours.

Scientists have predicted that the next total eclipse in Ghana will be witnessed in the next 14,276 days on Friday, April 30, 2060, which is about 39 years from now. 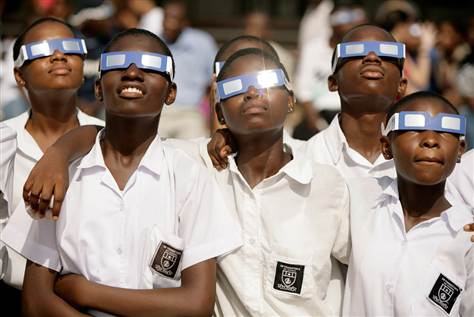 Previous Ghana to issue its first ever zero coupon bonds
Next Haruna, Alabi and the others likely to rival Mahama for NDC’s flagbearer position in 2024