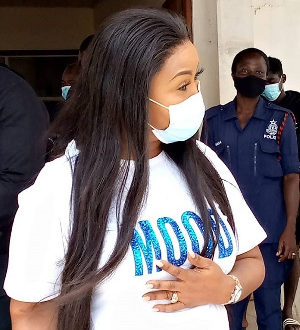 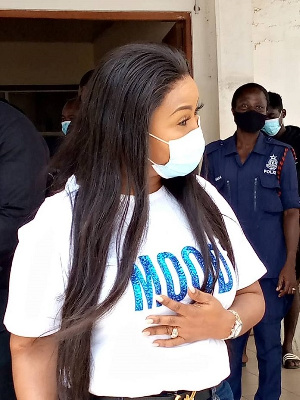 Actress and television presenter Nana Ama Agyemang Mcbrown, made an appearance in court, Friday 26th March, 2021 in the company of Roger Quartey, Head of Production of UTV.

The multiple award-winning screen diva’s appearance in court was in relation to comments made by Bulldog on United Showbiz, a program which she hosts; hence she expected to serve as a witness in the ongoing case between Bulldog and the State.

Bulldog, during a panel discussion, was alleged to have threatened President Nana Addo Dankwa Akufo-Addo on the show which took place some few months ago.

He said… President Akufo-Addo will not finish his four year term if he fails to pay customers of Menzgold.”

This statement made by the artiste manager was seen as inappropriate and an infraction of the law hence he is facing legal action.

Speaking to Peacefmonline.com the mother of one described the court proceedings as a smooth one debunking claims that she stood in the witness box.

According to her, as the host of her United Showbiz show, she went there to show love to Bulldog because the latter made the unfortunate statement on her show.

Nana has assured her fans and viewers to be calm and allow the law to take it’s course, adding “United Showbiz” will continue to air live on UTV every Saturday 9pm.