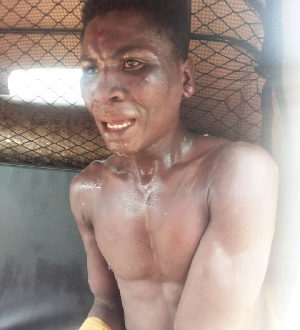 Man nearly lynched for stealing meat, stew and other items at Wassa Akropong 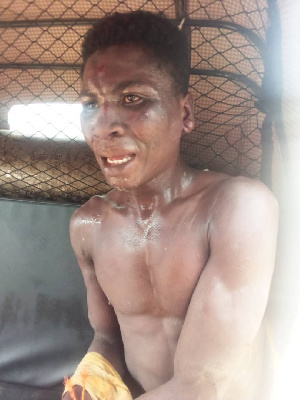 A 26-year-old young man was nearly lynched for stealing meat, stew and other items in a cluster of houses at Agapet, a suburb of Wassa Akropong in the Wassa Amwenfi Municipality.

The thief who gave his name as Kobby carried his ‘stealing operation’ on Thursday; a market day at Wassa Akropong.

Because of the market day, lots of people leave their homes to the market for business. One of such people is Madam Akua Manu.

While she was away, Kobby managed to break into her veranda which she uses as kitchen through the window, ate boiled rice and stew she had prepared for the family and chewed additional meat meant for stew.

As if that was not enough, Kobby prepared ‘gari soakings’, messed up the entire kitchen and went into the bedroom to steal a decoder.

According to Madam Akua Manu, one of her sisters came home and identified that someone had broken into their room stealing some items in the house.

She then realized that dogs were barking in the next house and decided to go and check what was happening.

She saw Kobby busily carrying another operation in the next house where she shouted for the attention of people around.

This led to the arrest of Kobby and was subjected to severe beatings.

The thief has however been handed over to the Wassa Akropong Police Command.