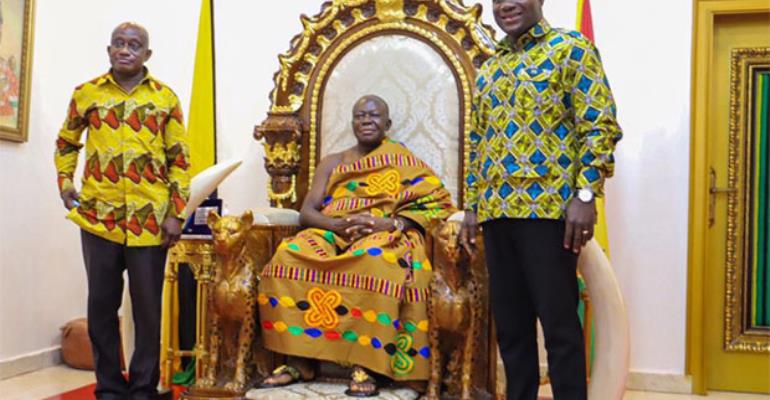 The Minister for Lands and Natural Resources, Samuel Abu Jinapor has been tasked by Asantehene, Otumfuo Osei Tutu II, to take a relook at illegal mining known as Galamsey and deal with it.

He made the appeal when the Minister of Lands and Natural Resources, Samuel Abu Jinapor, paid a courtesy call on him at the Manhyia Palace in Kumasi on Thursday, March 25, 2021.

According to the Asante King, there was the need to regulate the activities of small-scale miners so as to protect the country’s water bodies and environment.

For him, intensifying the fight against Galamsey was the right way to go. 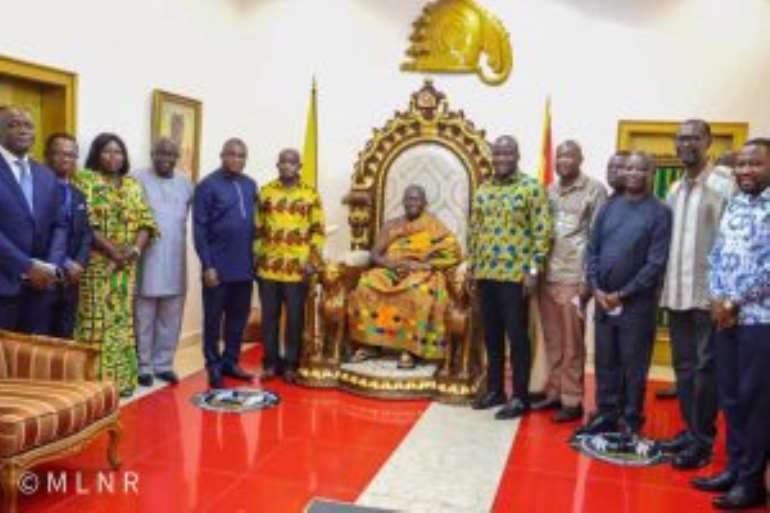 He noted that the fight against illegal mining must be a continuous one.

The Asantehene raised concerns about the way land administration was being managed in the country.

He, therefore, called on the Lands Ministry to formulate the right policies to manage land administration in Ghana. 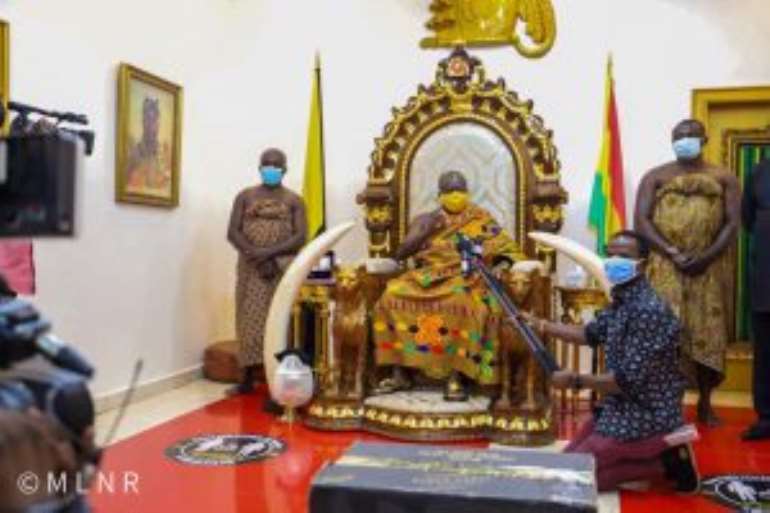 Mr. Jinapor on his part thanked the Asantehene for offering leadership in the region in the area of land administration.

He seized the opportunity to share with Otumfuo, President Nana Akufo-Addo’s vision for the mining sector in Ghana.

He also briefed the Asante king about the mandate that Mr. Akufo-Addo has given him.