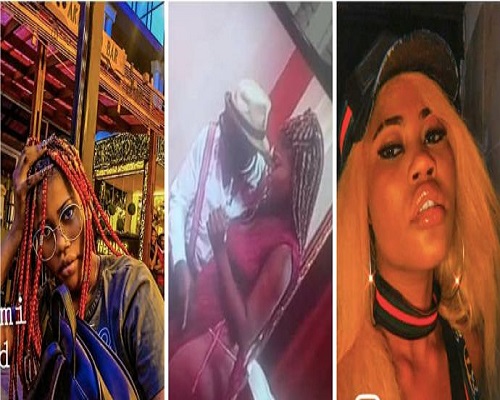 United Television recently outdoored an adult talk show christened “Red Light” which seeks to educate married couples on how to perform better in bed during lovemaking.

Even though the show has aired for over three weeks now, it turns out what happened last night on the show has made it the most talked-about edition so far.

Fast forward after the incident, most Ghanaians have been yearning to know more about the lady who got the vhim and zeal to allow herself to be fingered live on TV.

And when it happens like this, trust the intelligence unit of The BBC Ghana to get you covered. Thus, The BBC Ghana has done the needful by digging so deep to lay hands on some photos of the fearsome lady under discussion.

From our checks, the lady is called Naomi GOLD and can be seen on Instagram with the handle (@naomi_gold_campbell). Besides, she is a model by profession, therefore, it’s no surprise that she allowed herself to be fingered as it’s common in the game of modelling.

Check out her sizzling photos below: