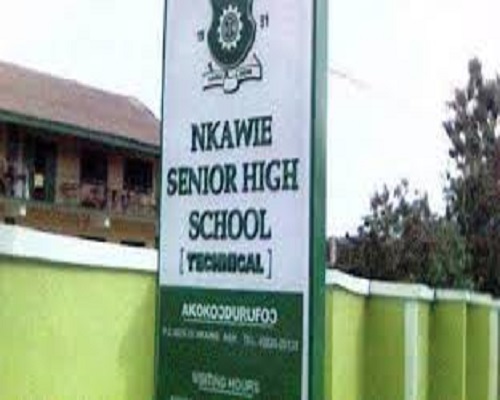 The family of eighteen-year-old Nafisatu Billy Yussif is accusing authorities of the Nkawie Senior High Technical School in the Ashanti Region of denying her admission due to her refusal to remove her hijab.

In an interview with Citi News‘ Ashanti Regional Correspondent, Hafiz Tijani, Nafisatu Billy Yussif who was posted to the school by the Computerized School Selection and Placement System (CSSPS) said school authorities told her she will not be allowed to wear the veil while in school.

The girl had to truncate the admission process following the comment, stating, it was against her religious dictates as a Muslim.

“When I got to the school, I was told by some teachers that I’ll have to take off my veil, and that the school is not a Muslim school. I went ahead to fill in the necessary documents to register. While at it, I was asked to take off my veil in order to take a passport picture.”

“I told them I can’t do that because it is against my religion. So I had to leave without completing my admission process.”

“This is the third time I am coming here after she was denied admission, and I keep getting the same feedback. We are calling on the government and the Ministry of Education to come in. We are entitled to freedom of worship as enshrined in the constitution. The school’s laws cannot override that of the nation.”

An official at the school who pleaded anonymity refuted claims of denying the girl admission to the school.

He explained that the school allows Muslim girls to put on the veil only during prayers.

Similarly, authorities of the Achimota School on Thursday, March 18, 2021, turned away the dreadlocked students sparking outrage.

The school asked the parents to cut off their hair or find another school for them.

Following this, families of the dreadlocked students announced their intention to pursue legal action.

The Ghana Education Service (GES) initially directed the school to accept the students, according to earlier reports.

But on Monday, Achimota School after a meeting between the parents of the two boys and officials of the Ghana Education Service, rejected the directive to admit the two students with dreadlocks.

A lawyer with the Rastafari Council, Ras Tetteh Wayo, further claimed the GES had made a U-turn on its initial directive.