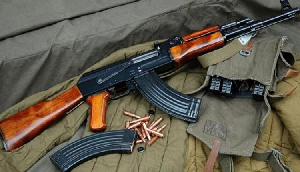 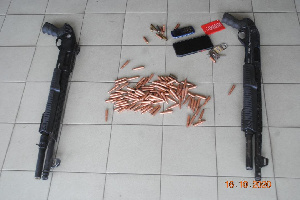 A suspected armed robber has been shot dead at Denkyira Brenang in the Dunkwa on Offin District of the Central Region.

The deceased who’s yet to be identified according to the Dunkwa on Offin District Police Command was part of a seven-member pump-action wielding armed robbery gang who hid in the bush and attacked miners on their way home at Denkyira Brenang.

An exchange of fire ensued between them and one of the armed robbers was shot dead.

His body has been deposited at the Dunkwa Government Hospital mortuary while Police have commenced investigations into the incident.