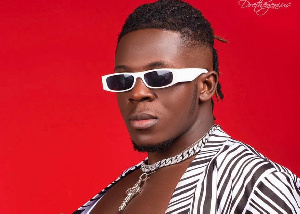 The sensational musician who defied the gloom COVID-19 cast over the music scenes last year, to release his debut “Bright Future” in 2020, is here with another one.

After chalking huge success, with his debut, Chocoboy who has been tipped by showbiz pundits and industry watchers to break barriers within Africa and beyond has served music enthusiasts with yet another banger “Yɛɛba”.

“Yɛɛba” is one of the great lyrical creations on Chocoboy’s EP expected to be released later this year under the titled “Tweneboah”.

Be among the first to listen to this track “Yɛɛba” by Chocoboy ft DarRich in visuals below.