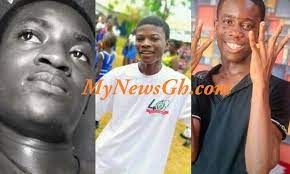 Three students of Presbyterian Senior High School (SHS) at Adeiso in the Upper West Akim District of the Eastern Region have been crashed to death by an urvan passenger bus.

MyNewsGh.com confirmed that the three who were on a motorbike with registration number M-20-GR 6731 were run over by the vehicle while trying to make an overtaking.

A resident of the area revealed to MyNewsGh.com that the vehicle heading to Accra from Asamankese tried to overtake a tipper truck but run into the lane of the three students killing them on the spot.

“Two of them are final year students and the other is a first year student all of Adeiso PRESEC. The trotro driver and occupants in bus got injured so they were rush to hospital”, our source revealed.

This comes barely a week after two persons including the driver of an ambulance suffered varying degrees of injuries after a similar accident.

According to eyewitnesses account available to MyNewsGh.com, the ambulance with registration number GV 840-19 belonging to the Akim Oda Constituency, was heading towards Accra.

On the spot investigation revealed that the suspect driver whilst negotiating a sharp curve in Adeiso Township, lost control of the steering wheel and knocked down an adult pedestrian. 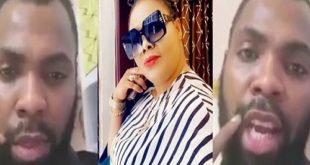