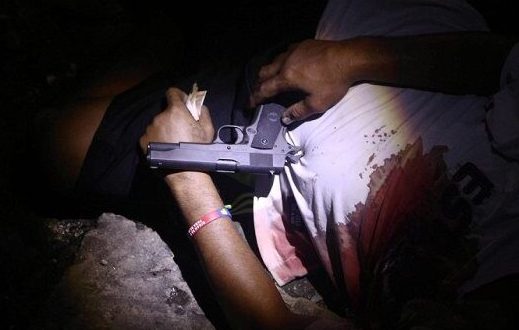 The deceased, a Nigerian, whose name is unknown is suspected to have been murdered early today by his friends Nigerians who live in the same home. Kasoa Divisional Police Command is investigating the circumstances which led to the murder of a 30-year-old Nigerian at Kasoa Nyanyano Kakraba in the Gomoa East District of the Central Region.

Sources revealed that the deceased, a Nigerian, whose name is unknown is suspected to have been murdered last night by his friend Nigerians 3, who live in the same room.

An Eyewitness, Baba Yakubu told SN24 News that the deceased head was smashed off and his blood extracted.

Baba said he did not know why the man was killed but he believes the assassins may have used the deceased blood and head for rituals.

The suspected murderers fled but the body of the deceased was conveyed by the Kasoa Divisional Police Command to Police Mortuary.