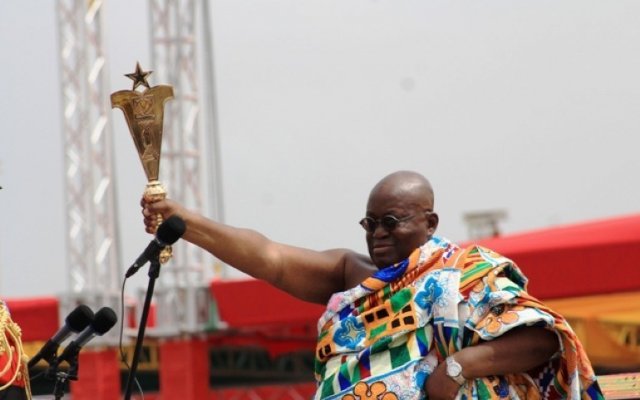 Some of us, in fact, were not the least surprised at all when discerning Ghanaians graciously gave President Akufo-Addo a second mandate in the 2020 general elections.

There is no denying or ignoring the fact that Akufo-Addo received massive commendations and endorsements from a host of international organisations and other prominent individuals leading to the 2020 general elections.

Take, for example, sometime in 2019, a video clip went ‘vile’ showing a Nigerian scholar, who happened to be a guest speaker at a forum organised by the leadership of the opposition NDC, candidly commending the Akufo-Addo government on Ghana’s auspicious economic growth, apparently, to the utter chagrin of his hosts (the NDC Executives), many of whom were extremely befuddled on the guest speaker’s unbelievable intellectual honesty.

The overarching question however is: Did the NDC loyalists really trust the judgement of the said knowledgeable and largely credible Nigerian academic?

Well, I am pretty sure they did; else they would not have invited him to speak on Ghana’s economy at their special gathering.

Interestingly, preceding the honest and erudite Nigerian’s endorsement of Ghana’s well-publicised propitious economic growth, were praises from some credible international organisations and influential people, both home and abroad. Indeed, but for the unspeakable coronavirus, Ghana’s economy would have been transformed tremendously.

Part of the report reads: “Our forecast that the 2020 polls are the NPP’s to lose remains unchanged.”

The Economist Intelligence Unit (EIU) report concluded that former President John Dramani Mahama will find it extremely difficult to convince discerning Ghanaians into accepting that he is the preferable manager of Ghana’s economy, given the country’s fairly strong economic growth under President Akufo-Addo.

While the Leaders of Tomorrow’s research placed President Akufo-Addo first amongst the best and outstanding list of 2018 presidents in Africa, the US-based think tank, the World Vision Forum’s research, put President Akufo-Addo 1st on the list in Africa and 3rd in the world of best presidents with vision, ideas, and practitioners of the rule of law.

In fact, the aforesaid research studies gave credence to the pronouncements by the likes of Ghana’s seasoned journalist, Malik Kweku Baako, the Director of the International Monetary Fund (IMF), Ms Christine Lagarde, and the United Nations Special Rapporteur on extreme poverty and human rights, Philip Alston, who before the deadly coronavirus, commended the Akufo-Addo’s government on its excellent economic performance.

But in spite of the reputable organisations and other prominent people’s positive remarks on Ghana’s economy, the naysayers were never inspired. But were we really surprised? No, after all, hasn’t it written: ‘no prophet is accepted in his homeland’?

Back then, I questioned the judgement of those who were proclaiming somewhat brashly that Ghana’s economy under former President Mahama (3.4% growth and 15.4% inflation) was better than President Akufo-Addo’s record before the insidious coronavirus (8.6% growth and 7.5% inflation).

Truth be told, Ghana’s economy received thumbs-up from the likes of the Director of the International Monetary Fund (IMF), Ms Christine Lagarde, the United Nations Special Rapporteur on extreme poverty and human rights, Philip Alston, and other reputable international organisations, who had earlier commended the Akufo-Addo’s government on its excellent economic performance in the two and half years in office.

In 2017, the Bloomberg News, for example, predicted Ghana to become “Africa’s fastest-growing economy in 2018 “and Ghana was proclaimed “Star of Africa in 2018 Lenders’ Economic Forecasts”.

In reporting on the same fiscal policy achievements, Le Monde pointed out that “Ghana’s economic success is not just as the result of an oil-driven boom, but is also due to prudent economic management, an entrepreneurial population, the role of traditional leaders, and good governance.”

The next on the list of observers on Ghana’s auspicious economy was the Nigerian scholar, who gave a presentation at the NDC’s forum, in which he emphasised Ghana’s thriving economic growth under the Akufo-Addo’s administration.

The Director of the International Monetary Fund (IMF), Ms Christine Lagarde’s observed that the Ghanaian economy, before the pernicious coronavirus, was in a better place than it was in the previous years under the John Dramani Mahama’s administration.

Ms Lagarde opined that the Akufo-Addo’s government made important gains towards macroeconomic stability, including inflation, which declined to a single digit and within the Bank of Ghana’s (BoG’s) tolerance band; buoyant growth, averaging about five per cent between 2015 and 2018, and, over six per cent in 2017-18) and a primary surplus in 2017 for the first time in 15 years (IMF 2018).

The Special Rapporteur on extreme poverty and human rights, Philip Alston, observed: “Ghana met the targets for halving extreme poverty and halving the proportion of people without access to safe drinking water, and it achieved the goals relating to universal primary education and gender parity in primary school.

The seasoned journalist, Kweku Baako Jnr hit the nail on the head when he pointed out on Joy FM’s political show (News File) on Saturday 6/04/2019 that the NPP administration led by President Akufo-Addo has performed exceedingly better than the erstwhile NDC government led by former President Mahama.

Baako Jnr, therefore, asserted poignantly: “There’s no doubt that the Akufo-Addo administration has done far better than the Mahama administration; it’s as simple as that, the figures and the records support it (myjoyonline.com, 6/04/2019).”

Some of us have always held an unfailing conviction that governance is a serious business and as such it requires forward thinking, serious and committed group of people to bring about the needed progress.

However, it has not always been the case in Ghana’s democratic dispensation. The multi-party democracy has given birth to both purposeful and coarse political parties.

And, as a consequence, we have for a long time been relying on lousy economic managers who cannot see their backsides from their elbows and have only succeeded in sinking the economy deeper and deeper into the mire.

In sum, we would like to extend our heartfelt congratulations to the winner, President Akufo-Addo, and wish the losing candidate, former President Mahama, a better luck next time.