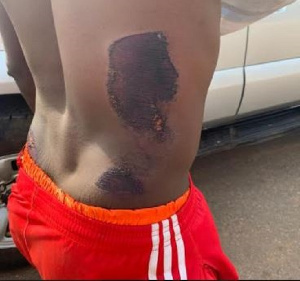 Some men believed to be military personnel with the Ghana Airforce Saturday afternoon allegedly bullied some innocent civilians near Asutuare Junction in the Shai Osudoku District of the Greater Accra Region.

GhanaWeb gathered that the purported military personnel went berserk in the area and allegedly assaulted five labourers working on a piece of land belonging to an estate developer.

According to the estate developer, Hajj Mohammed Hassan, he had deployed the men to work on his 357-acre piece of land at 8:30 am before proceeding to his office at Dodowa.

GhanaWeb learnt that about 1:20 pm the same day, five military men led by one WO1 Anthony Kukubor occupying a Nissan Pick-up with registration number GT 5535 Y accosted the labourers working at the site and began assaulting them, firing several warning shots in the process.

“I received a call around 1:20 pm from one of my boys on the plot that some soldiers have stormed the site and assaulting them,” recounted Hajj Mohammed Hassan. “I asked them what wrong they committed and they said they didn’t know what they had done wrong.”

“The boys said the military men drove there and called them to come to their car and they obliged. Then they opened their car doors, brought out sticks and started beating them. They [labourers] ran away for their lives and the soldiers brought out their guns and began firing after them. I even heard the sound of the gunshots on the phone,” he added.

The military personnel, according to the workers, seized all their working tools on the field into the vehicle and drove off.

Perplexed with the actions of the soldiers, Hajj Mohammed Hassan said he asked two of his boys, Haruna Mohammed and nusach Ali to follow them on a motorbike to find out where they were going. 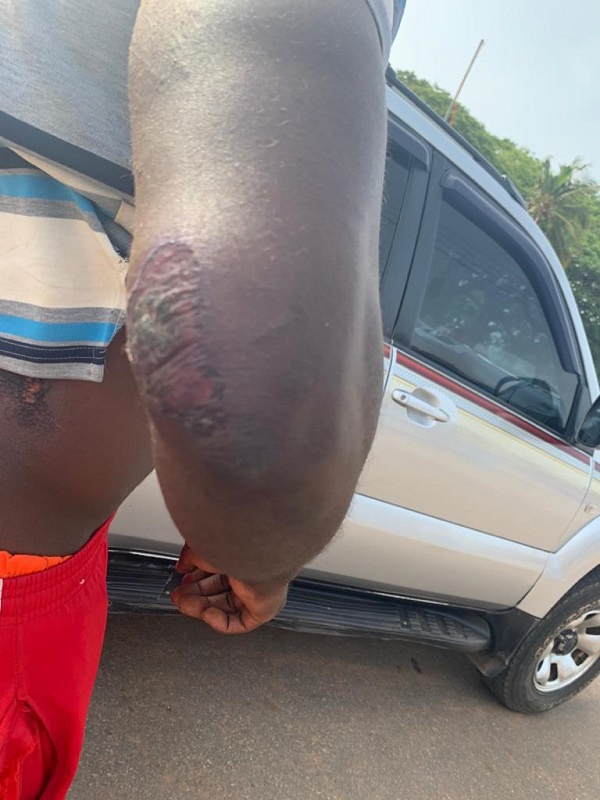 The military men reportedly drove to the Afienya Police Station in the Ningo Prampram District of the Greater Accra Region where the estate developer asked them to go to the station and give the phone to the police officer on duty so he could speak with him.

“They again pounced on the boys at the AfienyaPolice Station, they severely assaulted them and the police had to put them at counter back [for their safety]. These soldiers managed to cross to the counter back and beat them again,” narrated Hajj Mohammed Hassan.

The victims, he said were issued with police medical forms to seek medical care with three of them, Amidjo Daniel, Paul Ocansey and Gideon Ametor being treated and discharged while Haruna Mohammed and nusach Ali, is still receiving treatment at the Dodowa District Hospital. 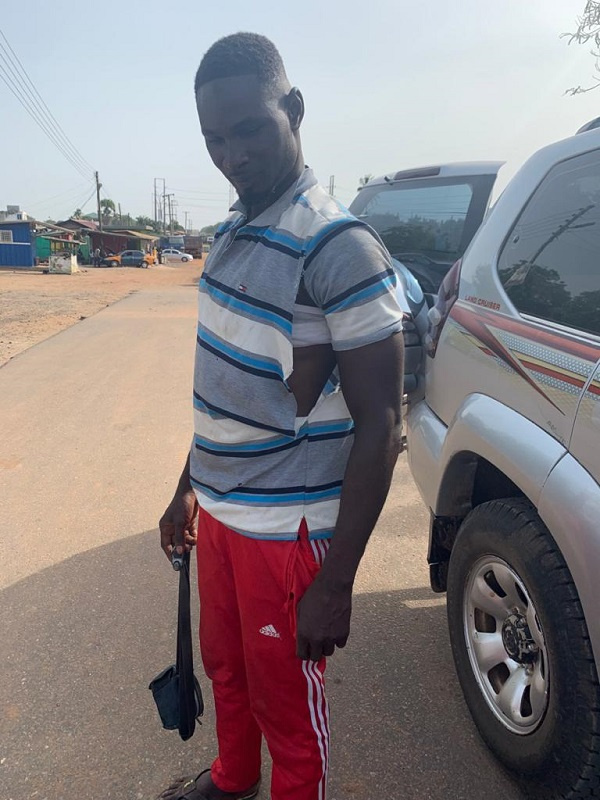 Asked if he was engaged in land litigation with anybody, Hajj Mohammed Hassan could only say that he legally acquired the land in 2018 from Nene Terkpertey Agbleze II, the chief of Kodiabe.

Meanwhile, Police Commander for the Doryumu District, DSP Jonathan Banini when contacted by GhanaWeb said he was currently away from the District and could therefore not speak on the issue.

Living with Monkeys: The story of Boabeng-Fiema

GWCL debunks claims it has increased cost of water