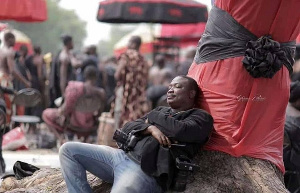 Pictures, they say depict a thousand words but some images leave lasting impressions.

One such is an image of the late Emmanuel Bobbie also known as Bob Pixel, which has surfaced online.

The image which has been shared numerous times on various social media platforms depict the photographer slumped by a tree taking a rest with his camera around his neck at a function.

From the image, one could tell a very exhausted Bob Pixel was at a funeral.

The renowned photographer and filmmaker is known for capturing captivating and beautiful images of gatherings, weddings, tourist sites, festivals and other gatherings in Ghana and across the world.

He is also known to have worked with various top personalities and brands in Ghana and across the world.

Bob passed away on February 25, 2021 after a short illness. He left behind a wife and three children.

A solemn funeral service was held for him on Saturday March 20, 2021 in Accra. Many sympathizers and well-wishers who attended the ceremony filed past his remains.

See the image and some reactions from Twitter below. 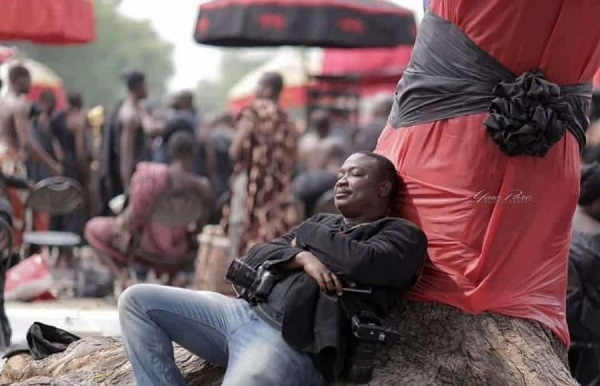 Living with Monkeys: The story of Boabeng-Fiema