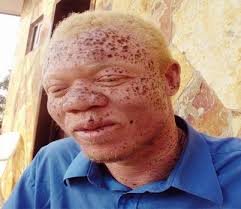 At least 114 people with albinism have disappeared in Mozambique over the past seven years, the southern African country’s human rights commission says.

There are 55 ongoing criminal proceedings related to the disappearances.

People with the condition are often killed in East and southern Africa, their body parts used in charms which are believed to bring luck in love and fortune.

The National Commission on Human Rights (CNDH) made the report at a meeting convened in the capital, Maputo, to discuss the stigma the country’s estimated 20,000 albino people still face.

CNDH’s Sheila Massuque said sometimes they were abandoned by their families, submitted to ill-treatment and, in the worst cases, murdered.

The Ministry of Justice said the government was doing what it could to protect albinos and fight discrimination.

Mozambicans with albinism say they have been suffering during the coronavirus pandemic because hospitals sometimes turn them away.