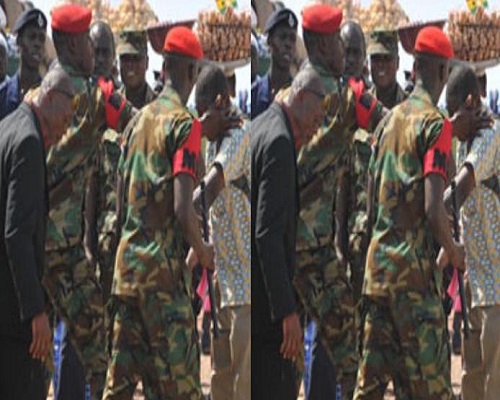 Obuasi was indeed very hot as anticipated as one of Kofi TV’s reporter ‘chopped’ a very hot slap while reporting live from Obuasi during Richard Agu’s marriage ceremony.

One presenter of Kofi TV was given a very hot slap while attempting to ‘sneak’ cover Richard Agu’s wedding ceremony on live.

Celebrities Buzz was told he was asked to put on hold the coverage but he tried to continue.

During the cause, some heavily armed military men approached and slapped the hell out of him.

The program being aired was brought to an abrupt end.

Many people believe the action taken by the military men on the media personnel was just unfair.

VIDEO: School teacher left with an èrected manh00d after pastor gifted him items