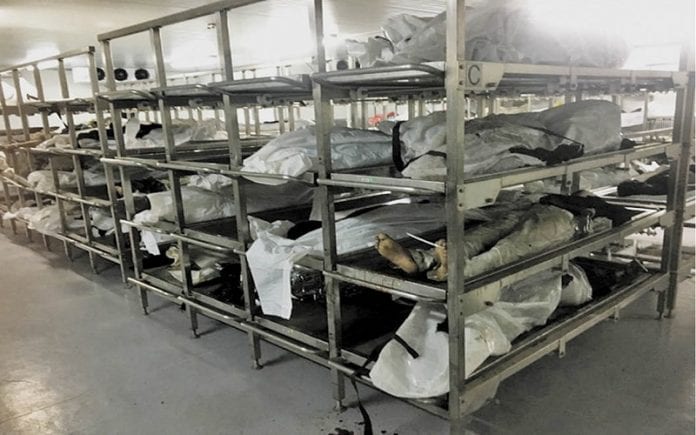 Seven children in the Tema Metropolis died from Severe Acute Malnutrition (SAM) in 2020, the Tema Health Directorate has revealed on Tuesday.

The seven formed part of 31 children with SAM who were admitted due to various medical complications.

Mr Samuel Atuahene Antwi, Tema Metropolitan Nutritionist, speaking to the Ghana News Agency in Tema, explained that the focus of In-Patient Care (IPC) or the hospitalization of SAM patients was not for ward recovery.

The hospitalization was to resolve the medical complications the children had after which they were treated as out patients.

He said 2020 ended with eleven patients on admission; while 23 others were referred to the various Out-Patients Care (OPC) centres after successfully resolving their medical complications.

Mr Antwi indicated that a new Community Based Management of Severe Acute Malnutrition (CMAM) was being used by the Directorate to treat and manage such cases at various location within the Metropolis.

The treatment, he noted was available at the Tema General Hospital (TGH), TMA Maternity/Clinic, Manhean Polyclinic and all Child Welfare Clinics (weighing centres).

He appealed to community members and opinion leaders in the communities to help identify such children and refer to the facilities for assessment and early treatment as no child must lose the life due to malnutrition.

The Nutritionist said to determine whether a child was eligible for this treatment, his or her arm was measured by health workers or trained volunteers to see if it was too thin and both feet were checked for swelling.

Mr Antwi added that if a child with SAM had good appetite with no medical complications, the child would not be hospitalized, he or she would rather be given medicines and a weekly supply of the nutritional food called ‘Plumpy’ nut, and followed up through weekly health facility visits.

AstraZeneca vaccine is safe; no side effects recorded yet – FDA