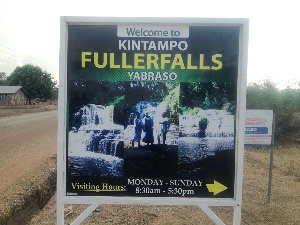 The Fuller Falls in the Kintampo North Municipality of the Bono East region has for the first time since its discovery dried up.

The place which is normally packed with hundreds of revellers from both far and near on daily basis is now a pale shadow of itself.

A visit to the place by Ghanaweb on Tuesday, March 9, 2021, only showed traces of the bare rocks that serve as bedrocks for the flowing river downstream.

On a normal day, visitors to the place are greeted with the roaring sound of the falls but that was not the case this time around as one could only hear the chirping of birds and occasional deafening silence.

Though it is unclear what might have contributed to the drying of the Fuller Falls this year, the Assembly Member for the Asantekwaa Electoral Area, Mr Agyemang Duah tells Ghanaweb that the current situation of the falls is a novel comes as a surprise.

Mr Agyemang Duah disclosed to this reporter that he suspects the climatic conditions in the country last year might have contributed to the situation.
“It is strange but that is the reality we find ourselves, the Fuller Falls has dried up with no activity taking place there. This is the first time it has happened so it is difficult to pinpoint the actual cause but we suspect the low pattern of rainfall last year for the trend”.

A resident of Yabraso, Mr Alfred Okra, a one-time volunteer at the Fuller falls decried the current situation that has taken the spark out of the community.
He is however hopeful that the place will bounce back to life when the rains set in in the coming days

The Fuller Falls located at Yabraso, a farming community 7 kilometres west of Kintampo was discovered in the year 1988 by a Philipino Missionary, Reverend Father Joseph Panabang and with the help of a local farmer, Adamu Amidu they turned the place into a prayer park. 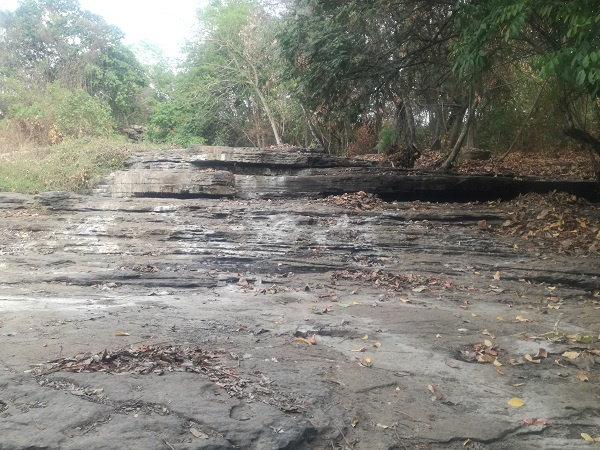 The place was later turned into a tourist attraction site in 1998 and it has since become the home to many revellers. 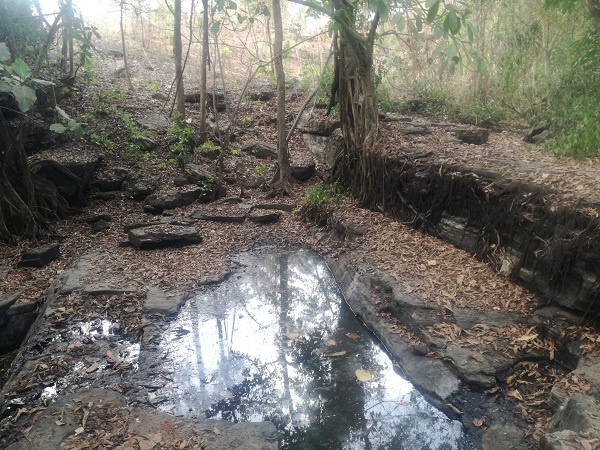 It flows from an elevated terrain of 173 metres with a series of cascading foam from the Oyoko River.

Ghana Month: The beautiful woman whose face has made Ghana popular for 20 years [VIDEO]