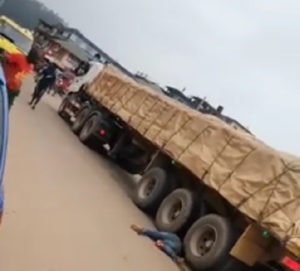 A 19-year-old boy has met his untimely death in an accident that got him trapped under a cement truck at the Bogoso main lorry station in the Prestea Huni Valley District of the Western region.

Emmanuel Adu Gyamfi who hails from Oppong Valley in the Wassa Amenfi East Municipality had his chest and head crushed by the truck which gashed his heart out on Sunday morning.

The heart could be seen pumping at the accident scene while his lifeless body with broken legs and arms laying separately.

According to eyewitnesses, the motorbike and the cement truck were moving in on direction. The cement truck stopped at the station because of traffic.

The motor rider, in a hurry, tried overtaking the cement truck and unfortunately clashed with an oncoming tricycle popularly called ‘pragya’ at the Bogoso main station, that trapped him under the cement truck killing him instantly.

Emmanuel Adu Gyamfi’s body has been deposited at the morgue.

Meanwhile, the Municipal Chief Executive for Prestea Huni Valley, Dr Isaac Dasmani has halted all Pragya activities in the municipal capital following the accident, pending a meeting between his office and the Pragya Owners Association on an alleged reckless driving. 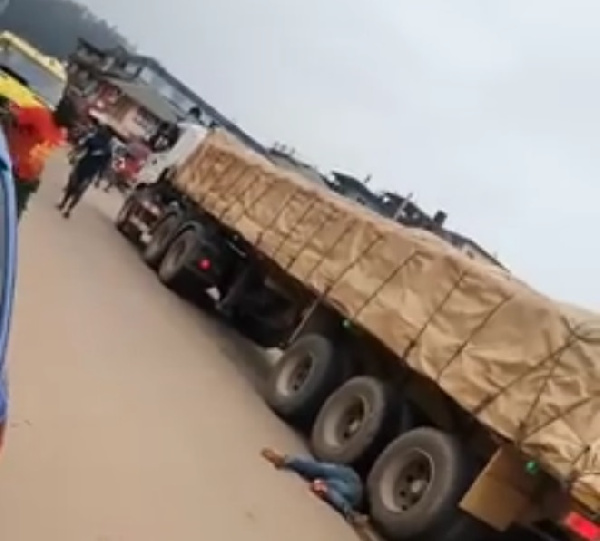 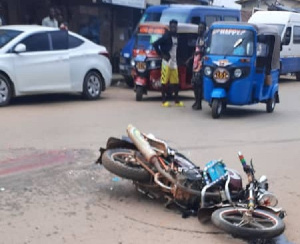 Previous Is this the NPP’s winning ticket for 2024 elections?
Next SCREENSHOT+VIDEO: Samini and Stonebwoy ‘DIRTY’ each other on Twitter again