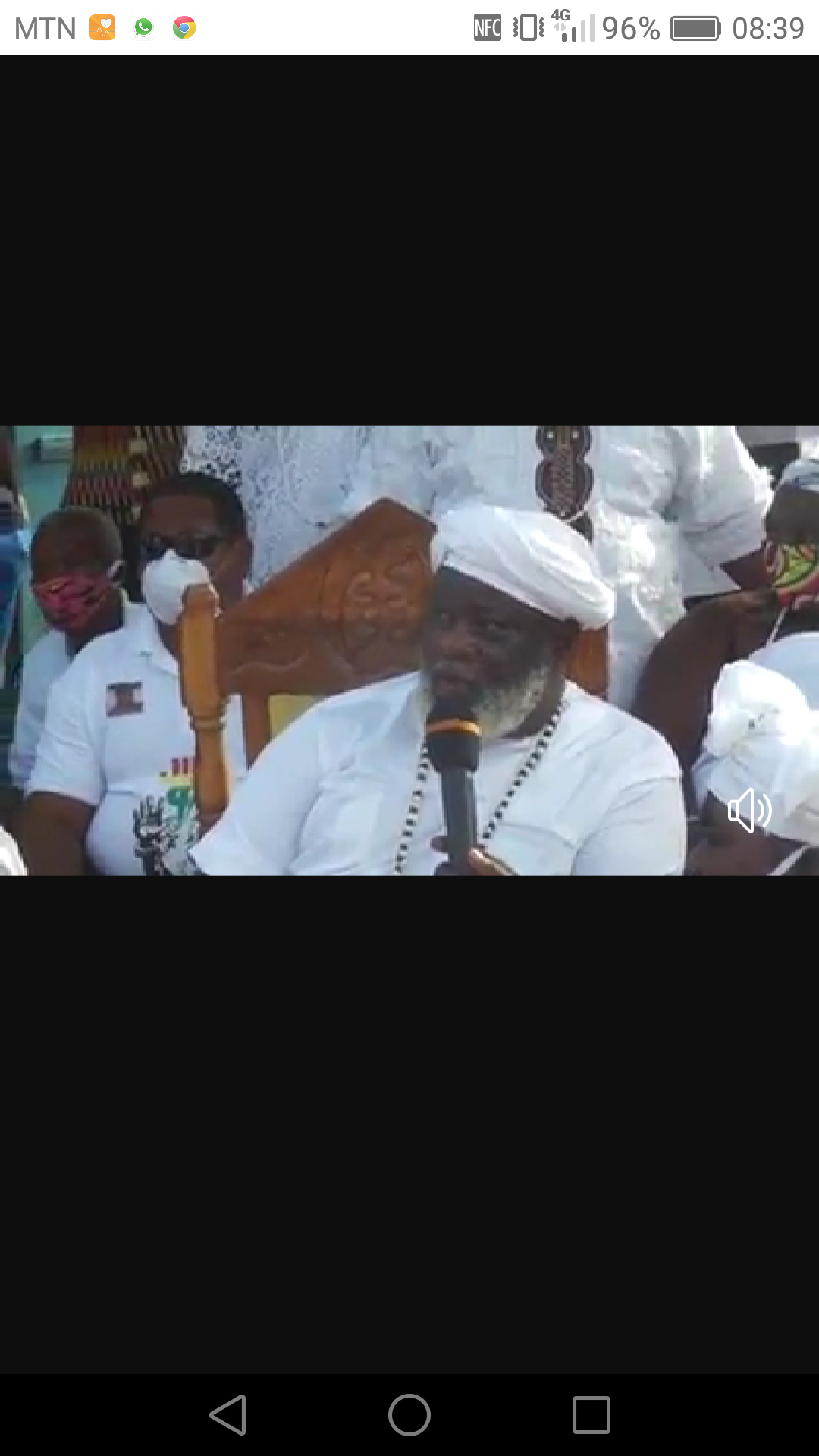 The Gborbu Wulomo Shitse, Wor-Lumor Konor Borketey Laweh Tsuru XXXIII has written to commend the President Addo Dankwa Akufo-Addo for his emphatic stance on the legalization of same-sex marriage in Ghana.

According to the Shitse, Nana Addo’s position of zero-tolerance on the matter is one that has heightened the admiration and respect that the Gadangme people have collectively held for him, since his assumption of office as the President of this country.

In a statement, the Gborbu Wulomo Shitse said indeed, for the past few weeks, the country has been occupied with a raging discourse on the legalization of the activities of the LGBTQ community in Ghana.

As a people with a grounded appreciation of the ideals and moral underpinnings of this country, the Gadangme people considered the calls for the legalization of the LBGTQ community in Ghana, as a grand affront to the originality of our culture.

According to the Shitse, even though the Gadangme people have never discriminated against such persons nor advocated for their ill-treatment, they are strongly disgusted by their pleadings and the scope of their preferences.

“ For the avoidance of doubt, the Gadangme state is amongst the many indigenous tribes in Ghana that recognizes the union between a man and a woman as a sacrosanct establishment of God.

Indeed, God in His inexhaustible wisdom designed for a man to seek matrimonial and sexual comfort in a woman and vice-versa. Consequently, the appeals from the Lesbian, Gay, Bisexual, Transgender, Queer and Intersex (LGBTQI) community, do not only qualify as a huge compromise of our cultural persuasions, but also a blatant infraction on the precepts instituted by the Supreme God” the Shitse emphasized.

The statement said the Gadangme people have also been of the opinion that, even though the personalities within the LGBTQ fraternity are entitled to align within any preferences of their choice, such rights and freedoms must be appropriately exercised within the context of applicable legislations and norms, which are constitutionally and legally upheld by the State.

“On the basis of the above, your declaration on Saturday, 27th February, 2021, at the installation of the second Archbishop of the Anglican Church of Ghana, at Asante Mampong in the Ashanti Region, is a declaration that has sat down well with the leadership of the Gadangme State and indeed, the entirety of all members, home and abroad. Your resilience in the controversy, coupled with your forthrightness have deeply excited our hearts, and hence our profound appreciations”, indicated, the Gborbu Wulomo Shitse.

According to the Gborbu Wulomo Shitse, while he commends the President on the courage, boldness and express clarity that accompanied his recent pronouncements, he also wishes to congratulate him on all the meaningful interventions you continue to provide for the people of Ghana, and the Gadangme State in particular.

“It is our fervent expectation that, you will promptly address all our outstanding plights as you continue to lead the country with diligence, truth and integrity.

The annuls of Gadangme history will etch your name in golden lines for standing against this alien, obnoxious and morally destructive orientation.