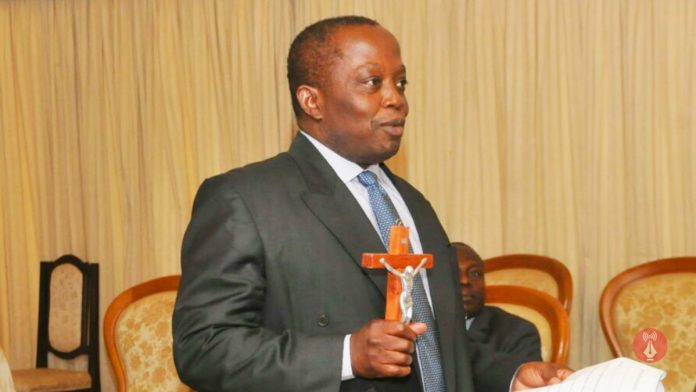 The Audit Service Board has revealed the Auditor-General, Daniel Yao Domelevo, was due for retirement on June 1, 2020.

According to the board, this is based on Mr Domelovo’s date of birth which is 1960 and not 1961 based on personal records available to the Public Service of Ghana.

“Records at the Social Security and National Insurance Trust (SSNIT) completed and signed by you indicate your date of birth as 1st June 1960 when you joined the scheme on 1st October 1978.

“The records show that you stated your tribe as Togolese and a non-Ghanaian. That your home town is Agbatofe,” part of the letter read.

This was disclosed in a letter to the Auditor-General who was directed to proceed on a 167-day mandatory leave and was expected to resume on Wednesday, March 3, 2021.

“On 25th October 1992, you completed and signed a SSNIT Change of Beneficiary Nomination form, stating your nationality as a Ghanaian and your home town as Ada in the Greater Accra Region.

“The date of birth on your Ghanaian passport number A45800, issued on 28th February 1996 is 1st June 1961. That place of birth is stated as Kumasi, Ashanti Region,” the letter stressed.

Read the full letter below:

Source: adomonline.com
Related Topics:AUDITORGENERAL
Up Next