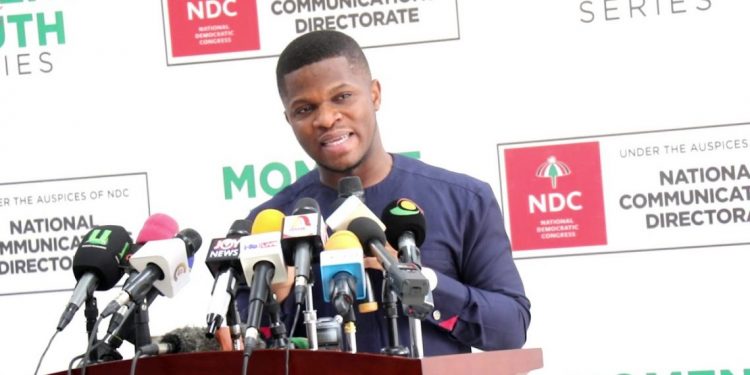 National Communications Officer of the National Democratic Congress (NDC) is incensed at the decision by Minority Members of Parliament (MPs) on Parliament’s Appointments Committee to approve Minister-designate for Defense, Dominic Nitiwul.

Sammy Gyamfi said he was shocked to the marrow when he heard the NDC MPs had fallen for his [Nitiwul’s] “cosmetic explanations” on the violence in their strongholds during the 2020 general election.

“People are appalled and dissatisfied with the decision because the MPs have endorsed Nitiwul who led the institution to terrorise citizens in our strongholds,” he said in an interview on Asempa FM’s Ekosii Sen programme Tuesday.

The destinies of eight ministerial nominees hang in a balance after the Minority rejected three and requested five to reappear before the Parliament’s Appointments Committee for further questioning.

Rejection, Mr Gyamfi stated, should be the fate of Defense Minister-designate, Dominic Nitiwul.

“It does not send the right signal to the NDC, especially in the Volta Region who were treated as second class citizens under the guise of fighting COVID,” he fumed.

The NDC Communications Officer could not fathom why the NDC MPs did not reject him for deploying soldiers to Banda and Volta Region during the 2020 general election.

“I’m struggling to come to terms as to why our representation in Parliament will take such a decision. It has far-reaching effects on the people they are leading,” he added.

Mr Gyamfi said the decision is very unpopular and “goes against everything our rank-and-file have voted and toiled for.”