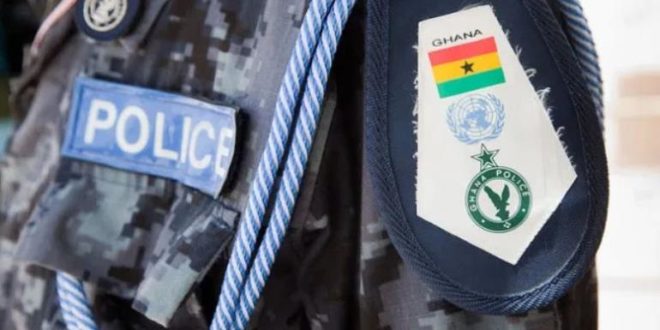 The Tarkwa Divisional Police Command has been accused of unlawful breaking-in and entry by the Member of Parliament for Tarkwa Nsuaem, George Mireku Duker.

In a report by the Chronicle Newspaper sighted by GhanaWeb, the MP alleges that officers from the command on Thursday forcibly broke into his home without a search warrant and ransacked his living room in search of a suspect the police believed was hiding in the house.

After the search was over, however, an amount of GHC4,000 was reported missing.

The MP is reported to have further alleged that his 90-year-old grandfather who was in the house at the time was also manhandled by the police.

But reacting to the MPs allegations, the Regional Police Command is said to have denied breaking into Mr Mireku Duker’s home.

According to the Police, a complainant lodged a case of assault against a suspect and the police was led to a place he claimed the suspect was hiding.

The Police Regional PRO, Olivia Adiku, who is said to have spoken to the Chronicle Newspaper said the Police was led to a house, which was later discovered to be the MPs home.

According to Madam Adiku, the Police upon reaching the house knocked until the suspect named Dennis eventually came out of the house and was arrested.

The team of officers led by the Regional Commander on their way returning from the MPs home arrested another suspect, Kingsley Cobbinah.

A search conducted on suspect Kingsley Cobbinah revealed live cartridges in his pocket.

The Municipal Chief Executive for the area, Mr Benjamin Kesse is also said to have confirmed that the Police indeed broke into Mr Duker’s home in a phone interview.

According to the MCE, he tried confronting the Divisional Police Commander on the issue and the Commander expressed no regret over the act.

In the MCEs report, the Commander told him he could even go to Parliament and arrest the legislator if necessary.

Mr Kesse expressed surprise at the conduct of the Commander whiles emphasising that the police officers cannot force their way into the home of a private citizen, let alone a Member of Parliament without a court warrant.

The suspect who was picked up at the MPs home is said to have assaulted one of the family members engaged in a chieftaincy dispute in the Tarkwa Nsueam area.