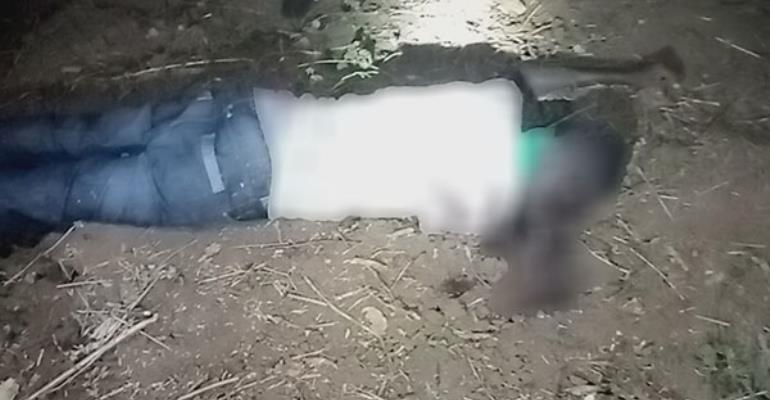 An unknown gunman has shot and killed a 30-year-old man at Afrancho Dam Junction in Offinso in the Ashanti Region and absconded.

The unfortunate killing of the man, whose identity is not known, has compelled the police in Offinso to mount a wild search to arrest the killer.

The body of the deceased has since been deposited at the morgue for preservation and autopsy.

A police report, sighted by the paper, said the incident happened on Saturday, February 26, 2021, but they could not tell if the man was shot by armed robbers.

Francis Awuah, a Presiding Member of the Offinso North District Assembly, reported at about 7pm to police that someone had been killed.

Awuah, who was accompanied by Fordson Baah, the Assemblyman for Afrancho-Ahenbrono, said around 5:47pm, he had information that a certain man, aged about 30, had been shot dead at Afrancho Dam junction.

“On inspection, the body was found with gunshot wounds on the right elbow and part of his head with the right eye ball off as a result,” the police report indicated.

It also disclosed that a search conducted at the crime scene revealed one live and one empty BB cartridges with three separate sachets of water.

The police then photographed the body before removing it from the scene, and deposited it at Nkenkaasu Government Hospital Morgue for preservation and identification.

“The unidentified perpetrator is vigorously being sought for,” the police report concluded.