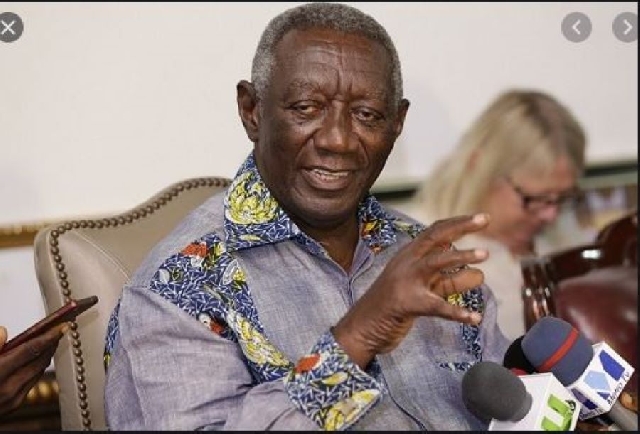 Former President John Agyekum Kufuor has asked the petitioner and respondents in the ongoing election petition to accept the Supreme Court’s verdict tomorrow, Thursday, 4 March 2021, for the sake of the country’s peace.

The apex court will give its judgment on whether or not President Akufo-Addo was legitimately elected in the 7 December 2020 polls.

Speaking on Ghana Yensom on Accra100.5FM on Wednesday, 3 March 2021, Mr Kufuor advised both the NPP and NDC to accept the judgment of the Supreme Court and urged them to call their supporters to order no matter the outcome.

He told show host Kwame Appiah Kubi that: “Let’s all accept the verdict of the Supreme Court. Taking an entrenched position to reject the verdict will not help anybody”.

“In 2013, the NPP did same by going to court but after the verdict, although Akufo-Addo disagreed, he accepted it and worked with it for the sake of the country’s peace. Just as Akufo-Addo did, I advise my brothers in the NDC to accept the verdict if it doesn’t go the way they want, we’ll plead with them to accept it.”

“Elections are organised every four years; if it doesn’t go your way this time, you may get it in the next four years, so, let us give peace a chance,” the former Ghanaian leader advised.

Mr Mahama, the petitioner in the case, has argued that neither he nor President Akufo-Addo crossed the threshold of more than 50 per cent to be declared the winner of the 2020 presidential election.

He, therefore, does not understand why the Electoral Commission declared Nana Akufo-Addo the winner and the President-elect and has, subsequently, been sworn in.

Mr Mahama is praying the Supreme Court to order a rerun of the election between himself and Nana Akufo-Addo.

The first respondent which is the electoral commission insists the second respondent, Nana Akufo-Addo crossed the constitutional threshold and was rightfully declared the winner.

The court after listening to the arguments and the evidence presented will rule on the matter tomorrow.