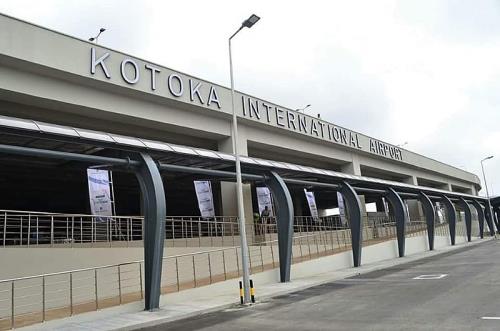 The Divisional Union of the Public Services Workers Union (PSWU) at the Ghana Airport Company Limited (GACL) has given the government a two-week ultimatum to address issues affecting staff members.

The ultimatum was after a crunch meeting between representatives of the workers and the Ministers-designate for Labour, Transport and National Security.

Following the withdrawal of services by the workers, they claim among other things, that the Board of the company is shelving a report which confirms allegations of mismanagement and abuse of office levelled against the Managing Director, Mr. Yaw Kwakwa.

Speaking to Citi News, General Secretary of the Public Services Workers Union of the Trades Union Congress, Mr. John Sampah, said the workers will resume the industrial action should the government fail to honour its promise.

“At the end of the three-hour meeting, there was an agreement to the effect that the workers will withdraw all their services and give the government the 15th of March for it to address the concerns of the workers. In the meantime, one of the concerns of the workers, which was the promotion of a certain group of staff who had been interviewed two years ago but was pending; the Chief of Staff gave instructions to the Board Chair that the letters to those workers be written by Monday. That was agreed upon.”

“The Chief of Staff also directed the Board to meet the investigation committee urgently on Monday and submit its findings on the Managing Director for government to issue its position on the matter”, he added.

The workers at the airport have accused management of running down the company.

While accusing the manager of the company, Mr. Yaw Kwakwa of mismanagement, the workers also say issues of promotion and staff welfare are not being looked at.

The outrage of the workers led to the disruption of all departures at the Kotoko International Airport (KIA) on Friday morning following the indefinite withdrawal of services of all general staff at the airport on the orders of the Divisional Union of the Public Services Workers Union at the Ghana Airport Company Limited.

John Sampah stated that the unhappy workers are demanding the immediate removal of the Managing Director for the survival of the company.

“If the situation is not checked, then the GACL will be run down. Their point is that until the Managing Director is removed from the company, the company will be brought down.”

The aggrieved workers say the future of the company was being risked by maintaining Mr. Kwakwa.

“Our expectation is that the Managing Director must be removed. If we allow this man to continue sitting in office, the fortunes of this company can only dwindle and the staff will not be ready for that. If he is not removed we are not backing down. We will continue increasing our levels of withdrawal of service until we get what we want,” Divisional Chairman of the PSWU at the Airport Company Limited Abdul-Issaka Bamba had earlier stressed.