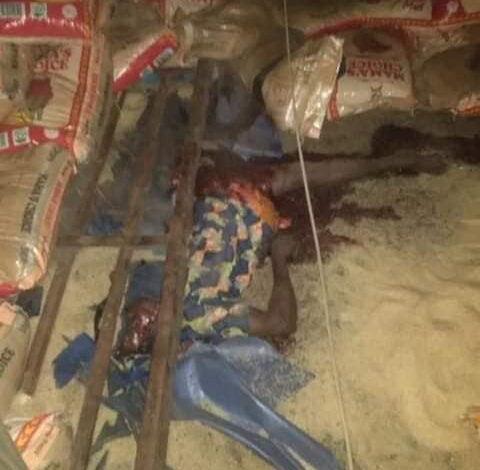 Three persons traveling on a motorbike have been severely injured after colliding with a truck transporting stones at Wasa Mameaso in the Western Region.

According to witnesses, the truck, transporting stones to a road construction site, weighed down the bridge, causing it to collapse after the accident.

The residents said the bridge was constructed as far back as 1981 for motorbikes and light weight vehicles and had over time lost its durability.

Consequently, the truck damaged some parts of the bridge after the collision with the motorbike, plunging the three passengers into the water beneath the bridge.

Per witnesses narration, it took a great deal of effort to rescue the three males, as one’s leg was amputated before his rescue and the motorbike destroyed beyond repairs.

All injured persons have been transported to the Wasa Government Hospital for treatment.

Meanwhile, commuters plying the route have been stranded, causing heavy traffic in the community.