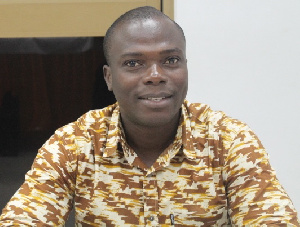 Sulemana Braimah, the Executive Director of the Media Foundation for West Africa (MFWA), has admonished the media to remain firm in the wake of the threats from the judiciary.

A warning by the Judicial Service to media houses to delete “hateful, spiteful, vengeful and incendiary” stories about the Justices of the Supreme Court hearing the election petition of former President John Dramani Mahama from their online platforms has generated a storm.

Sulemana Braimah wrote on his Facebook timeline that the media have the duty to uphold the Constitution.

“Dear Media, remain firm and professional. You have a duty to uphold the objectives of the Constitution,” Sulemana Braimah’s post read.

Chapter 12 of the Ghanaian constitution emphasizes that the freedom and independence of the media are hereby guaranteed, and that no one should attempt to censure them.

“We should decline any invitation to be part of a journey that will lead us back into the Culture of Silence,” he stressed, referencing the military days of Jerry Rawlings when only state media, entertainment newspapers and Sunday lotto papers were allowed to be published.

The Judicial Service of Ghana, through its lawyers [email protected], has written to media houses that have published “hateful, spiteful, vengeful and incendiary” comments about the Justices of the Supreme Court hearing the election petition of former President John Mahama, to “pull or cause to be pulled down and cleared from your platforms” all such statements and speeches.