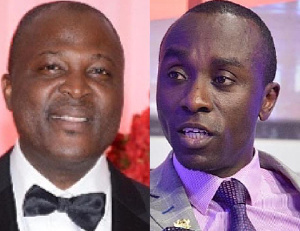 Rafik Mahama, an aide to businessman, Ibrahim Mahama has debunked reports on some media portals suggesting that Ernest Owusu Bempah, the Communication Director for Ghana Gas has been pardoned.

The Business Mogul won a defamation case against Ernest Owusu Bempah of Ghana Gas Company and the Despite Group in October last year.

An Accra High Court presided over by Justice Georgina Mensah Datsa granted all the reliefs except the cost of GH₵2million which the judge awarded GH₵300,000 against both parties.

Ibrahim Mahama later pardoned UTV of the Despite Group after the company retracted and apologised to the businessman.

He has insisted that Owusu Bempah, a member of the ruling NPP who is struggling to pay the full sum must pay at all cost.

But social media was rife that Ibrahim Mahama has pardoned Owusu Bempah and further invited him to drink tea together.

In reaction, Ibrahim Mahama’s aide stated, “Kindly disregard the story that went viral today with the headline: “ Ibrahim Mahama invites ‘brother’ Owusu Bempah home for tea, pardons payment of GH¢203,000. There’s no such invitation extended to Owusu Bempah after the apology was issued. An amount of GHC 107,000 has been paid so far with GHC203,000 outstanding. 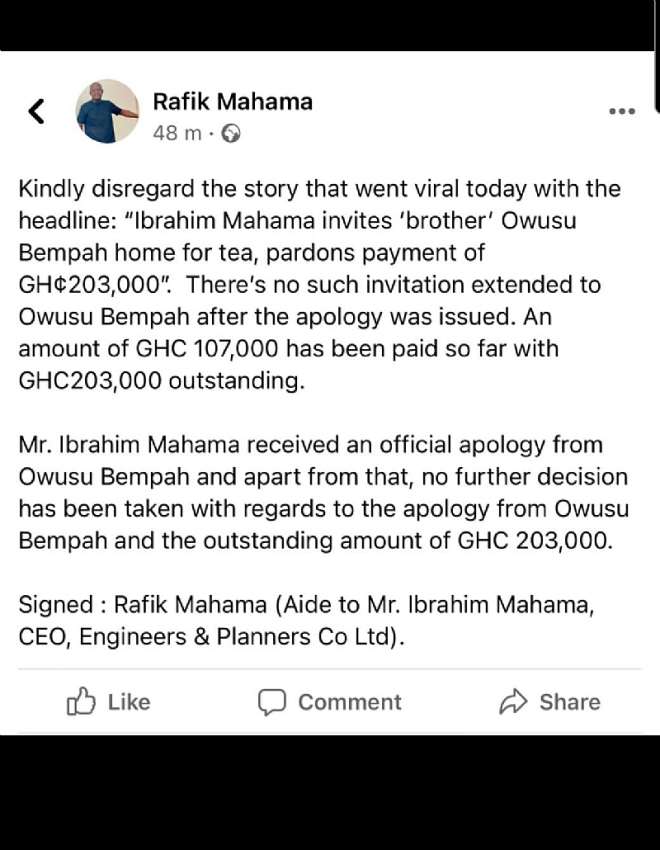