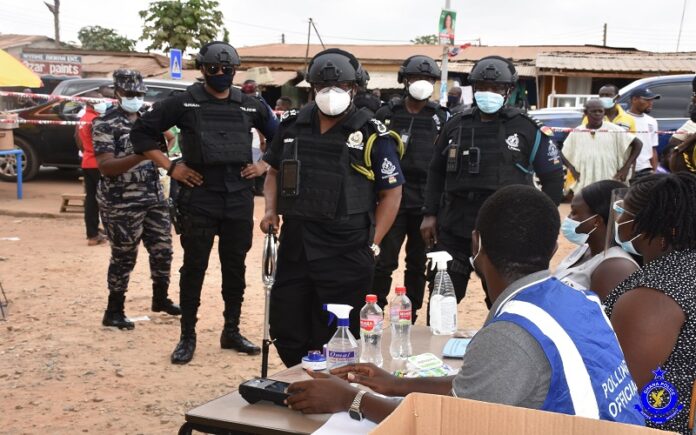 The Inspector-General of Police (IGP), James Oppong-Boanuh, has cautioned the general public to desist from taking the laws into their hands by attacking people suspected to be involved in LGBTQ activities.

According to the IGP, once the laws on LGBTQ remain in the statute books of the country, the Ghana Police Service would investigate and prosecute offenders of the law.

Speaking at the commissioning of a conference hall for the Central Regional Police Command, Mr Oppong-Boanuh charged his officers to ensure that people do not take the laws into their own hands by stepping in to handle suspected situations.

He narrated a recent happening in one of the Districts in the Greater Accra Region where the chiefs and people threatened to burn down the office of the LGBTQ. He added that the timely intervention of the police led to appropriate action taken.

“The whole point I am making is that we should not take the laws into our hands. Whatever may happen, we should leave the security agencies to use the applicable laws to deal with the situation,” he stated.

The IGP also urged his officers to be circumspect in handling cases that involve such groups.

He counselled his officers to ensure that whatever is required by the law to be done is done in both the investigation and prosecution of those cases.

Mr Oppong-Boanuh asked the general public to volunteer information to the police to enable them to take the appropriate actions within the limits of the law.

“Let me state that currently there are some laws on this issue and we in the police will enforce the law as afar as the limits of the laws are concerned.

“If the people of Ghana by someway decide that we are going to legitimise the activities of the LGBTQ and those laws taken off our books, we will be okay with it. Until that is done, we are going to ensure compliance with the law,” he ended.