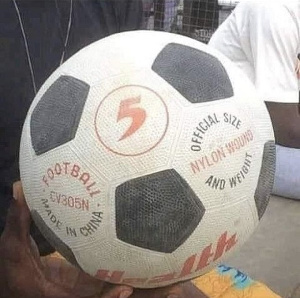 There are said to be close to a hundred tribes in the country. Across the length and breadth of this country, there are big and small tribes or ethnic groups dotted all over.

These tribes have their unique and distinctive beliefs and practices that set them apart from others.

Nonetheless, there are certain cultural practices, natural or borrowed, that permeates every society or tribe in the country.

From Pulmakong which is the northern-most town in the country to Cape Three Points which is the exact opposite, there exist practices that are either identical or almost the same.

For persons born in the 90s and early 2000s, one practice that was common in all societies is community football.

Local football was huge back then and it was more than just some excited boys chasing after a rounded leather or rubber material.

These matches formed rivalries and were the reasons behind people’s excitement or otherwise.

At the heart of this craze was the football popularly referred to as ‘Case 5’.

Case 5 was the legend that brought excitement to schools. Owners of the ball were treated as princes as they could decide who plays or not.

You dare not offend them else you will go home football hungry.

Though it came in different sizes, Case 5 was the most popular because it is the ideal size for playing a game.

As fun as it was kicking this ball, it could hurt badly if it hits you hard, especially when it’s raining.

Case 5 may no longer be in the system but the legend lives on with several Ghanaians sharing their experience on social media.

Below are some posts

Previous Judgment debt: Form special committee of parliament to assess contracts – Azeem
Next No ministerial nominee will be rejected – Inusah Fuseini explains why