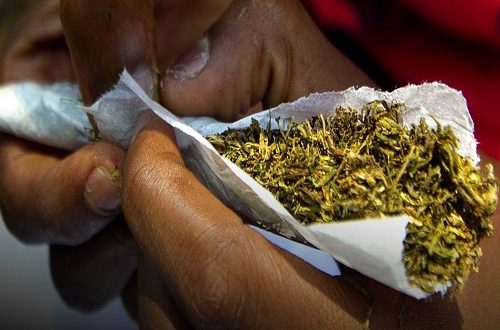 Authorities of the Ankaful Maximum Security Prisons in the Central Region have arrested a 26 year- old man, Kwabena Freeman for allegedly smuggling “Wee” into the prison yard meant for an inmate, Kojo Appoh serving an 11-year jail term.

Confirming the arrest to the media, the Public Relations Officer of Ankaful Maximum Security Prisons, Superintendent Vincent Ziniel said the suspect came there for a visit but when they conducted a search on him, they found a bunch of dried leaves suspected to be Indian hemp on him and he mentioned Kojo Appoh as the recipient.

According to him, some of the prisoners hide phones in their anus to make calls among themselves which is one of the mediums used to facilitate the smuggling of drugs and other illegal items into premises.

He told the media that, they are unaware the means of Communication between Kwabena Freeman and Kojo Appoh but suspect it was done through a mobile phone.

He revealed that, the suspect is in the custody of the Elmina Police pending further investigations.