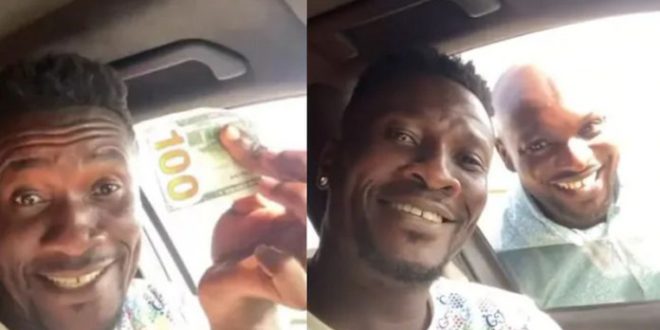 Rarely do we see footballers from this part of the continent make a foray into investments like we have seen Asamoah Gyan do over the last d]few years.

The ex-Ghana captain, despite the decorated career he has had, has involved himself in so many businesses as he looks towards life after retirement.

Having celebrated his 35th birthday last November, Gyan knows very well that his heydays will soon be over, but the steps he has taken are worthy commendation.

The Legon Cities striker has a variety of business currently operating in his name, and is still in the process of launching more in the near future.

Pulse.com.gh takes a look at all the businesses that are owned by Asamoah Gyan:

The Black Stars striker is into the import of food products such as rice and noodles aside his impressive football career.

Asamoah Gyan launched the Mama Vits noodles and rice in the latter parts of 2012 and has seen both products make a mark on the Ghanaian market.

Asamoah Gyan recently acquired a license to operate on airline in Ghana. The airline company, which will be known as “Baby Jet Airline”, is yet to start operations, though.

The airline is expected to operate both locally and internationally when it finally kicks into gear.

For a footballer that loves music, Gyan has also channeled some of his investments into a musical band known as the Asa Band.

The band was launched in December 2015 and has since been performing at functions. The band even has an album titled ‘Fly away’.

Situated at Adjiringanor in Accra, the company is involved in the organization of events as well as in the construction of stages, trusses, lights, Public Address systems, tents and LED screens for all events.

The Baby Jet boxing promotions is also the brainchild of Asamoah Gyan.

The boxing promotions company used to have IBO Lightweight champion Emmanuel ‘Game Boy’ Tagoe on its roster, as well as other talented upcoming boxers.

The former Sunderland attacker is also the owner of a plaza in East Legon, Accra. Gyan’s plaza houses a host of companies and shops.

Cal Bank, HFC Bank and GCB Banks can all be found in the said plaza.

The Paradise Pack water is also one of the businesses that Gyan has ventured into.

The striker confirmed about three years ago that he has finally launched the production of “pure water” as an additional business.

Asamoah Gyan has huge investments in the Real Estate business in Ghana.

The striker has a number of mammoth buildings in the country which he rents out for the purpose of shops, housing etc.

Another of Gyan’s biggest businesses is his foray into the transportation business.

He is currently having over 20 coaches (buses) which move to and from Accra and Kumasi, as well as other neighbouring countries.

As an extension to his Real Estate business, Gyan is also into hostel management as part of his investments.

The striker provides hostel facilities to some private Universities around the country.