The submission of actor Akwasi Boadi (Akrobeto) on the incessant troubles of colleague Funny Face evoked uncontrollable laughter from panelists of Peace FM’s Entertainment Review as the veteran butchered the pronunciation of ‘psychiatric’.

A few days ago, Funny Face was arrested and sent to court for firing warning shots during an altercation with a pub owner. The Ofankor court subsequently committed the embattled comedian to the psychiatric hospital for two weeks on suspicion of going through depression or having mental crisis.

Although Funny Face has on several occasions shared videos of challenges he has had to face as a result of the baby mama’s decision to leave his house with his twins – Ella and Bella – Akrobeto said some of the developments are news to him because he is not on social media.

He told host Kwasi Aboagye that he always wants to have peace of mind, hence his resolve to not use a smartphone.

Lifting a smartphone in his possession, he said, “Our director Fadda Dickson forcefully removed my sim card from my phone and inserted in this smartphone insisting that I must use it…”

Akrobeto recalled offering Funny Face advice when he noticed the comedian was in a difficult situation and hoped the narrative will change after the encounter with the psychiatric hospital.

“I pray God grants him healing so that he can reshape his life afterward,” he said in local dialect Twi. “Because if you go to the psychiatric and do not recover, it’s not encouraging at all. It’s better to die than go mad.”

His pronunciation of ‘psychiatric’, however, elicited laughter. Knowing that he got it wrong, Akrobeto on the third attempt opted to swerve saying, “I pray he returns from that hospital”.

Having ‘suffered’ in all the attempts to get it right, one of the panelists decided to coach him but he humorously rejected the offer.

“I respect you verily. I haven’t asked for your help,” he hilariously said.

Previous Tamale: 24 houses, motorbikes burnt to ashes in chieftaincy dispute
Next VIDEO: I dated 14 guys in the U.S, never slept with any of them – Efia Odo claims 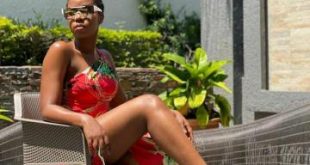