Home / ENTERTAINMENT NEWS / SHOWBIZ KONKONSAH / VIDEO: Medikal Shows Off $48K made from music after Teeplow accused him of fraud money 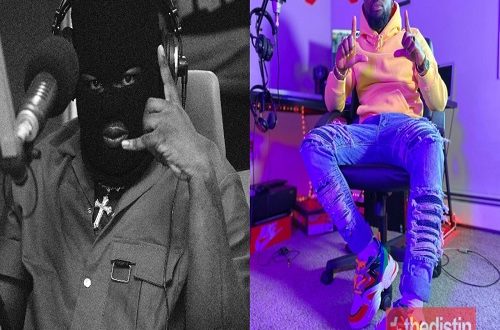 VIDEO: Medikal Shows Off $48K made from music after Teeplow accused him of fraud money

Ghanaian rapper Medikal has finally replied colleague rapper Teephlow after he called him a lazy rapper and that his money is not from music.

A few days ago, Teephlow and Medikal were throwing shots at each other on twitter.

The former later granted an interview on Zylofon TV with Sammy Flex and said that all the money Medikal has been flaunting is not from music.

According to him, Coronavirus last year affected lots of musicians and were not able to make enough money.

Well, Medikal speaking in an interview on YFM with Rev Erskine showed off the amount of money he has accumulated so far this year from music.

The “La Hustle” hit maker displayed an amount of $48,000 which has accumulated from his online streams alone with the exception of YouTube.

He further indicates that he does not understand why Teephlow is saying that his money is not from music if he’s making this amount from music.