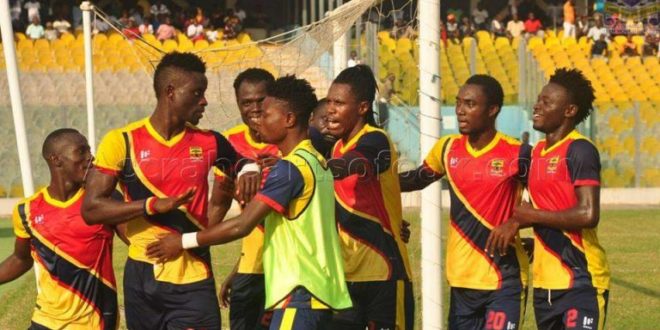 How Costa Papic created disunity among players – Hearts of Oak board

Hearts Of Oak Board Member Nyaho Nyaho Tamakloe has dared former Coach Kosta Papic to come out to substantiate the allegations he has made against the Board following his resignation.

The Serbia Coach tendered his resignation Tuesday after barely two months of taking over the club as the Head Coach with his reason being his inability to get the desired and needed results and has no hope that it’s going to change.

In series of reports in the media, Papic is alleged to have blamed the Board for his departure as he accused them of interfering in his work and inciting the players against him

Within a week, Hearts Of Oak has lost three technical team members, the Assistant Coach, Head Coach and Goal keepers coach have all resigned from their respective positions. A situation that did not sit well with the supporters of the club, prompting the NCC to storm Hearts Of Oak Secretariat and demonstrate against the Board. Speaking to the media in a press conference this evening, Nyaho Nyaho Tamakloe blames the current crisis the team is facing on Kosta Papic whom he believes is fuelling all the current unrest in the club.

“At a Board meeting, the Coach stated the following specific reasons for his resignation, lack of trust from the players, player’s refusal to abide by his instruction, divisions in the playing body, lack of corporation from the players and his inability to turn the situation around.

The board subsequently met with the playing body and enquires from them what their opinions are on the situation especially regarding the poor performance.

Their position was Favoritism by the head Coach, fielding his favorite players even if they were injured, lack of unity in the team and failure by the head coach to maintain the winning team.

The players went on to say that consequence to the above behavior and conduct of the Head Coach, they felt nervous playing and were generally not happy. The players informed the board that they had earlier met the Coach and informed him that the problem of the team was him, as to his response to them; they said he did not say anything.

“We are by this statement challenging Coach Papic to come out with reasons both as stated in his resignation letter and all round to the board as to why he resigned and why the club has slumped since. This will curtail the speculations in the media,” told the Media.