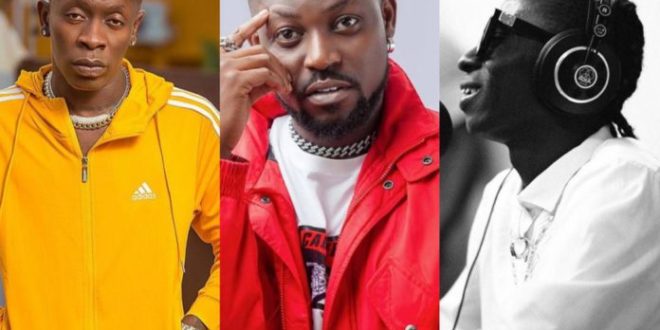 Dancehall musician, Shatta Wale, has asked rapper Yaa Pono to ask ‘One Corner’ hitmaker Patapaa Amisty for a feature because he is not ready to entertain him.

According to Shatta Wale, who doesn’t see eye-to-eye with Yaa Pono after their heated beef in 2017, he will no longer give him the mileage to trend.

Earlier, the Obiaa Wone Master hitmaker called on the SM Boss to join hands with him to shake up the boring atmosphere.

But Shatta Wale slammed him in a now-deleted tweet.

“Hw3 wo Jon. We won’t give any to underground artistes. Go look for Patapaa dems.”