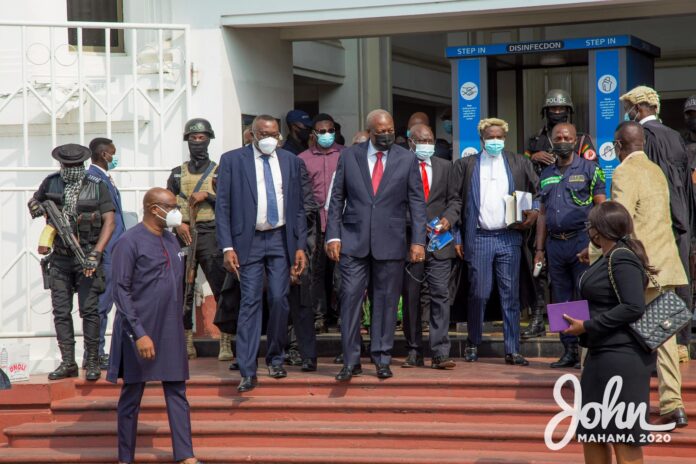 After its last sitting on Thursday, February 11, 2021, the Supreme Court will later today, Monday, February 15, 2021, sit to hear an application by lawyers of the petitioner, John Dramani Mahama, to reopen his case in the ongoing 2020 Election Petition case.

Lawyers for the former president, who is in court seeking a rerun of the election because he believes no candidate won the December polls, had earlier closed their case after cross-examination was done on their three witness.

They had expected that the respondents in the case would also do same but that may not happen as the Justices of the Court ruled against a petition to force the Chairperson of the Electoral Commission, Jean Mensa, to enter the witness box for cross-examination.

Lawyers for the first and second respondents had argued that they were not presenting any witnesses because they had adduced enough evidence from cross-examining the witnesses of the petitioner.

John Mahama has, through his lawyers, therefore filed a fresh application for leave, expected to be heard today in court.

Should this application go through, the petitioner will be able to subpoena Jean Mensa to compulsorily testify in the case.