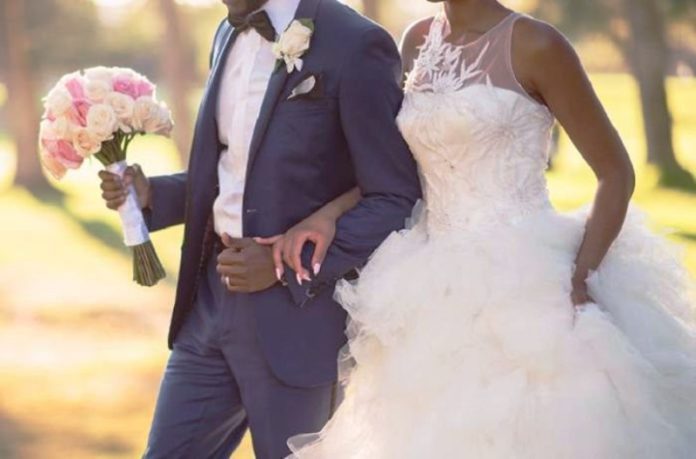 Commotion marred a wedding procession after the bride-to-be found out about his soon to be husband’s sexual affair with her chief bridesmaid.

According to reports, the chief bridesmaid happened to be the bride’s best friend.

Though it is not clear how the bride got to know, a video, which captured the bizarre moment, saw the bride storm out of her car to halt the process.

Fully clad in her wedding gown, she went to confront her best friend.

All attempts by the bridesmaid to explain herself proved futile as the bride kept ranting amid surprises on the faces of family and friends who had come to share in their joy.

The incident, which is said to have occurred in Nigeria, drew massive crowd to the roadside to witness the drama

In the spur of the moment, the bride called off the wedding, causing the groom in question to weep uncontrollably and was hugged by a friend to console him.