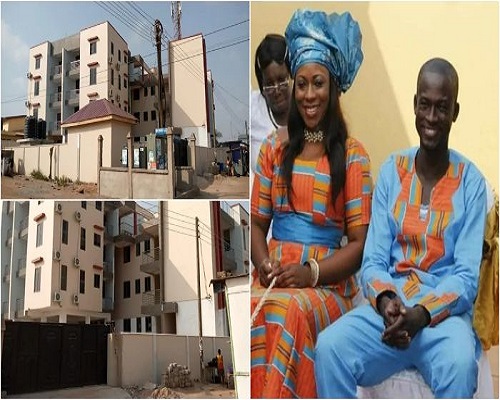 The director of communications at the Presidency, Eugene Arhin, has been in the news after his wife filed for divorce.

She listed the amount of properties Eugene owns in her divorce petition – properties which has shocked the entire nation since he apparently acquired it within the past 4 years.

According to A Plus, Eugene’s wife was informed about the totality of all his properties by an NPP MP who lost his seat in the 2020 elections.

A Plus alleges that Eugene schemed to make the MP lose his seat so that he can contest it in the future. As revenge, the MP then told Eugene’s wife every single property he owns.

A Plus mentioned no names but it’s possible he’s talking about the NPP candidate who lost the Awutu Senya West seat in the just ended elections.

According to his Arhin’s wife’s divorce petition, Eugene hails from Senya.

It’s easy enough to find out who that politician is.

VIDEO: Sad As Funny Face Loses One of His Eyes From the Police Brutality