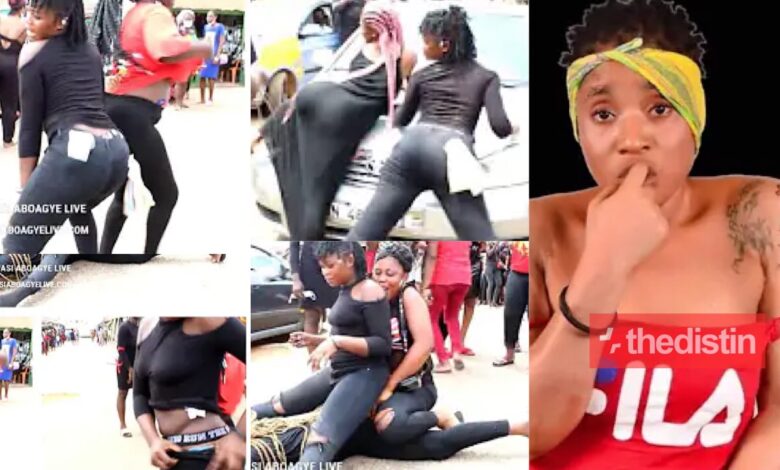 Jennifer Osei popularly known as Akwatia Ama Broni who died at the age of 26 after twerking [email protected] on stage at carnival festival at Kasoa has been laid to rest.

The burial service and it’s arrangement were held at her hometown in Akwatia.

Friends, family and loved ones of the late Ama Broni graced her funeral with their presences as they paid their last respect to her.

In a video sighted by Thedistin.com, one lady even showed her underwear and another lady was heard hyping an event asking people to come just like the late Ama Broni hyped the event she met her untimely death at.

In the video, Ama Broni’s mother was seen crying uncontrollably while carrying her young child at her back as people comfort her.

Ama Broni met her untimely death after she twerked on stage at a carnival in Budumburam, Kasoa,

Ama Broni, after twerking unclothed on stage passed away, after she was electrocuted by some wires she fell on while leaving the stage.

The young girl was rushed to the nearby hospital for treatment but was pronounced dead on arrival.

According to reports, Ama Broni was a mother of 3 with two being twins who are just seven months old,

Related Topics:AMAM BRONI
Up Next

Then and now: 4 Ghanaian child actors who are all grown – ups now