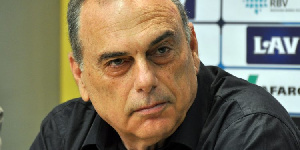 Avram Grant is a long time friend of Chelsea owner Roman Abramovich who is eager to see his close pal re-appointed back at the club.

Now Sky is reporting that Abramovich is looking to bring the Israeli coach back into the fold at Chelsea.

Grant’s potential arrival could help the new boss, with the former Portsmouth and West Ham boss having been brought to the club by good pal Abramovich during Jose Mourinho’s first spell in charge, ultimately replacing the Special One.