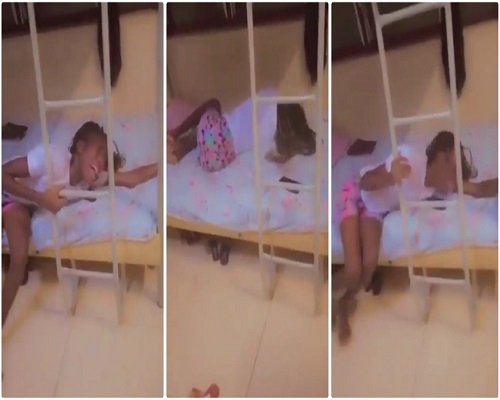 A female student of the University of Ghana has been captured in a video that is fast going viral, weeping like a baby after he was left brokenhearted by his supposed boyfriend .

The footage was sighted by Atinkanews.net on micro-blogging platform, Twitter as it kept gathering massive reactions from social media users.

In the video, the lady was seen rolling all over her bed as she mentions the guy’s name, Bernard continuously.

From the background, her roomies could be heard trying to console her but she kept crying and uttering the name Bernard.

This might be a very painful one for the lady, especially with just three days to Val’s Day and she has had her heart torn to pieces by this guy.