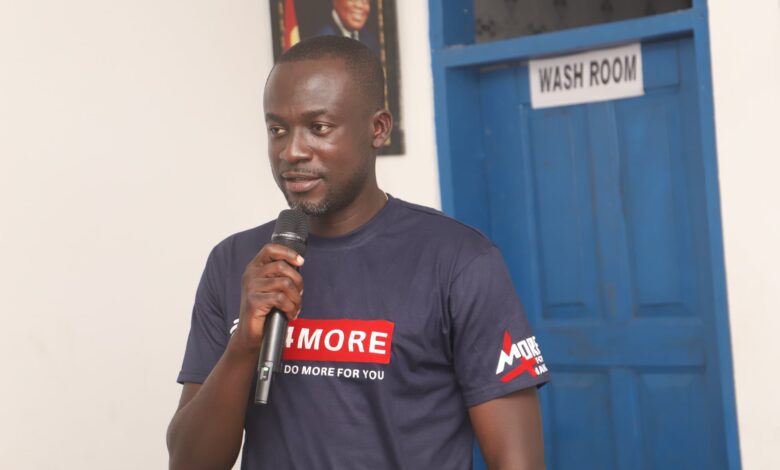 The Communications Director at the Presidency, Mr Eugene Arhin, has denied claims of physical abuse against his wife who has filed for divorce.

In a short statement on Facebook, Mr Arhin said: “I have seen a divorce petition filed by my wife, which has been deliberately leaked all over social media obviously to achieve a certain effect. I have still not been served with these court processes, and, upon receipt, my lawyers will respond accordingly”.

“Every marriage has challenges, and such challenges should not be addressed in the court of public opinion.

“I will not, for the sake of my children, and for the dignity of my wife, engage in any public banter.

“Inasmuch as many of the claims leveled against me are baseless and untrue, especially with respect to properties and physical abuse, I will hold my peace and deal with them in the court of law”, he added.

Mrs Gloria Assan Arhin, is demanding 50 per cent of all landed and moveable properties owned by her husband, in the matrimonial suit filed at the Accra High Court.

Mrs Arhin cites adultery, physical, emotional and psychological abuse as reasons for filing for a divorce.

In the suit, Mrs Arhin revealed that in the early part of their marriage, she was the higher earner and, therefore, mobilised funds for the “maintenance and management of the house” by engaging in additional jobs such as trading in diapers among others, until 2016, when Mr Arhin asked her to quit her job while she was expecting their second child.

According to her, “the Respondent, shortly after his appointment as the Director of Communications, started behaving in very unusual ways” toward her and the children “and continued on this path until the relationship between the parties deteriorated completely.”

She averred: “The marriage between the parties has, for the past about four years, suffered irreparable damage and setbacks and all efforts by the parties and their families at amicable resolution have all failed”.

Mrs Arhin, who described her husband’s behaviour as “unreasonable”, noted that the Communications Director at the Presidency abuses her “both physically and verbally at the slightest opportunity for over a year now”.

She further indicated that Mr Arhin has “a child of about a year old with another woman.”

Mrs Arhin is, therefore, praying the court to dissolve the marriage.

Related Topics:EUGENE ARHIN
Up Next