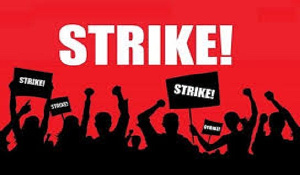 The Senior Staff Association of Universities of Ghana (SSA-UOG) has suspended its industrial action.

Members of the association have been on strike for close to three weeks in protest of delay by the government to pay outstanding Tier-2 contributions of their retired members.

The suspension follows an interlocutory injunction secured and served on the Association by the National Labour Commission (NLC).

“I write on behalf of the National Executive Council of Senior Staff Association-University of Ghana (SSA-UOG) to suspend our industrial strike action which was declared on 21st January 2021.”

“This has become imperative as a result of your interlocutory injunction and served on us, and also after broad and constructive consultations with our legal team,” a statement signed by the National Chairman of (SSA-UoG), Zakaria Mohammed and addressed to the NLC said.

Members of the Association have been asked to resume work tomorrow – 10th February 2021.

SSA-UoG embarked on a strike to demand an improved market premium and non-basic allowance as well as the migration of public universities onto the Controller and Accountant General payroll system.

On February 2, SSA-UoG gave the government a 48-hour ultimatum to take action on the matter .

Last week, the NLC told the union to call off its strike saying the association failed to exhaust all laid down procedures before declaring the strike.

The NLC subsequently obtained an interlocutory injunction against the industrial action.

The First Tier is the Basic National Social Security Scheme for all workers in Ghana. It is a defined benefit scheme and mandatory for workers to have 13.5% contributions made on their behalf.

The contribution is managed by SSNIT.

The Second Tier is a defined contributory Occupational Pension Scheme mandatory for workers with 5% contribution made on behalf of members.

The contribution is managed privately by approved Trustees.

The Third Tier which includes all Provident Funds and all other Pension Funds outside Tiers I and II is a voluntary scheme.