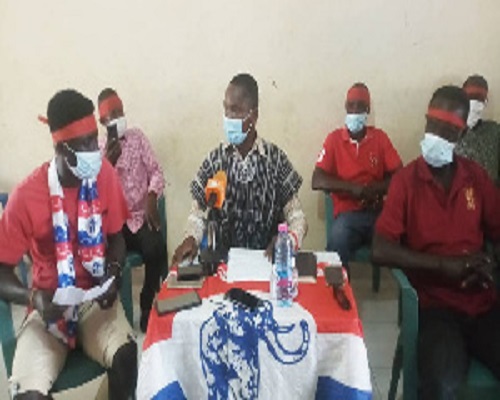 This comes up after the aggrieved members described the DCE as having “woefully failed” as a government representative.

Addressing the press in Bodomase on Tuesday, February 9, 2021, the aggrieved members accused Mr. Agyekum of failed attempts at allegedly supporting an independent candidate to unseat his own NPP Member of Parliament (MP).

They also accused him of using denigratory words at the MP and refusing to heed the advice of influential regional members to resolve the issue.

The group said these and many others have led to less development in the party’s stronghold.

They have therefore pleaded with the president to replace Mr. Agyekum with a “proactive, industrious, well connected, and ready to work in harmony with the MP” person to ensure the development of the district and the party’s popularity in the constituency.

Their press release was read by convener George Ofosu.

Koku’s reaction to his suspension will shock you