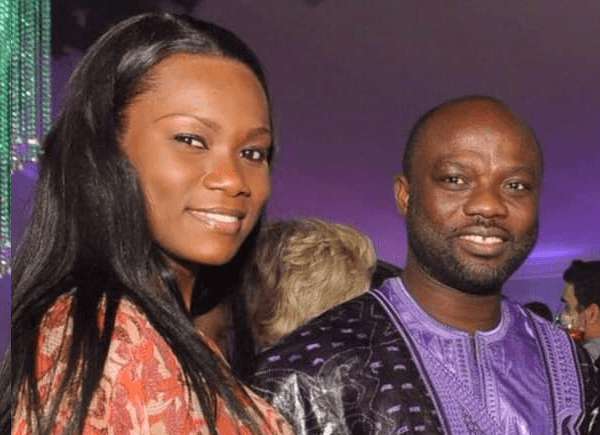 The wife of the late Member of Parliament JB Dankwa, Ivy Dankwa has expressed her frustration at the Justice system in Ghana.

According to her, it is worrying that five years since her husband was murdered in cold blood, his family has not been handed justice by the Justice system in Ghana.

To her, what’s even worrying is the sexual advances made on her by Investigators on her husband’s case who are supposed to know better adding that she was asked “so madam do you wear waist beads?” in a meeting room populated by a men-only CID team who perhaps thought it was their birthright to get familiar with what’s in every woman’s underwear!”.

Threats from family, friends and name calling is another issue she has had to grapple five years since her husband kicked the bucket.

Ivy is shocked that the Justice system in the country has been playing “Ludo” & “Oware” or perhaps “chacha” with the matter.

Exactly five(5) years ago today, my husband, JB Danquah Adu, MP; DIDN’T DIE. He was brutally assassinated in barbarous tudor fashion. Three years on, there’s neither a sign of justice for him, nor for my children and I.

You see, Jo Cox, MP, was also brutally assassinated by shooting and stabbing in London on June 16, 2016; four months after JB. Before end of November, Thomas Mair, her assailant had been tried and sentenced to life imprisonment. Of course, it didn’t bring her back but I bet my last Pesewa that it gave her family a certain measure of closure and relief from their grief. They can go to sleep every night knowing that the country she served had served her too by giving her justice. They can recount or tell the story of her life with a conclusion. It took five months. FIVE MONTHS, for the British police & judiciary to do right by their MP. I’m afraid that’s far more than I can say for Ghana.

36 months after JB’s murder, Ghana is still playing “Ludo” & “Oware” or perhaps “chacha” with the matter. Between then and now, I have been harassed and threatened by family, citizens & police alike. I have had jesters amongst his peers call me names and cast aspersions at me; perhaps out of fear of their own dark shadows! I have had de-facto spokespersons, aided by media houses, slandering me. I have had his townsfolk attack my family and I.

I have been summoned to the Police HQ on countless occasions and subjected to what I would casually describe as “the act of scrubbing a fresh wound with Himalayan rock salt” and topped up with a million and one questions including, to my shock, a very gleeful “so madam do you wear waist beads?” in a meeting room populated by a men only CID team who perhaps thought it was their birthright to get familiar with what’s in every woman’s underwear! And if you think that’s inappropriate, try that Sunday morning when one of those men; a man at the helm of investigating my husband’s murder, thought it sensible to muster the sheer unadorned temerity, call me and tell me how beautiful / sexy he thinks I am and give me reasons why I must marry him; an already married man.

Yes, he had the audacity… and this was the head of a certain significant unit at the CID… and I’m supposed to trust that they did a great job? May God forgive him.It took 5 months for Jo Cox’s assailant to be apprehended, prosecuted and convicted. 3 years ago, the Ghanaian police assured me they will apprehend the murderer ASAP. Within 3 days, they had done just that and given me hope for justice. 36 months later… (three bad years & over 7 times the number of months the UK took to resolve the case of Jo Cox’s murder,) we are still watching “comedies” (previews) and the “cine” (movie / show) is yet to start. I woke up a few minutes ago with a cocktail of emotions- anger, hurt, renewed grief with a topping of clouds of disappointment.

But a sudden wind of calm seems to be blowing over me. It’s almost as though the universe were whispering “relax, Ivy; relax…” After a prayer, a glass of water and a few deep breaths, I picked up my phone to catch up on emails and below is the content of the first email I opened:”For my thoughts are not your thoughts, neither are your ways my ways,” declares the LORD. (Isaiah 55:8)”Be still in the presence of the Lord, and wait patiently for him to act.” (Psalm 37:7)God is in no hurry. We tend to think that if God is really engaged, He will change things within the next hour or so.

Certainly by sundown. Absolutely by the end of the week. But God is not a slave to the human clock. Compared to the works of mankind, He is extremely deliberate and painfully slow. As religion poet George Herbert wisely penned, “God’s mill grinds slow, but sure.” It’s all making sense now… that sense of calm was indeed the universe saying “relax, Ivy; relax…” I take the quotes as a message to my children and I; and I pass on the commentary to those who deemed it fit to take a life that is not their own. A life that they did not create. A life that they cannot replace.

I might look at the entire situation with disdain but I know God is watching; He doesn’t sleep! No matter how long it takes, no matter how long… GOD’S MILL WILL GRIND. Continue to rest in our maker’s bosom, Kofi; continue to be a guardian angel watching over your three girls. & forgive them… them that stole all you had. Them that stole your life…