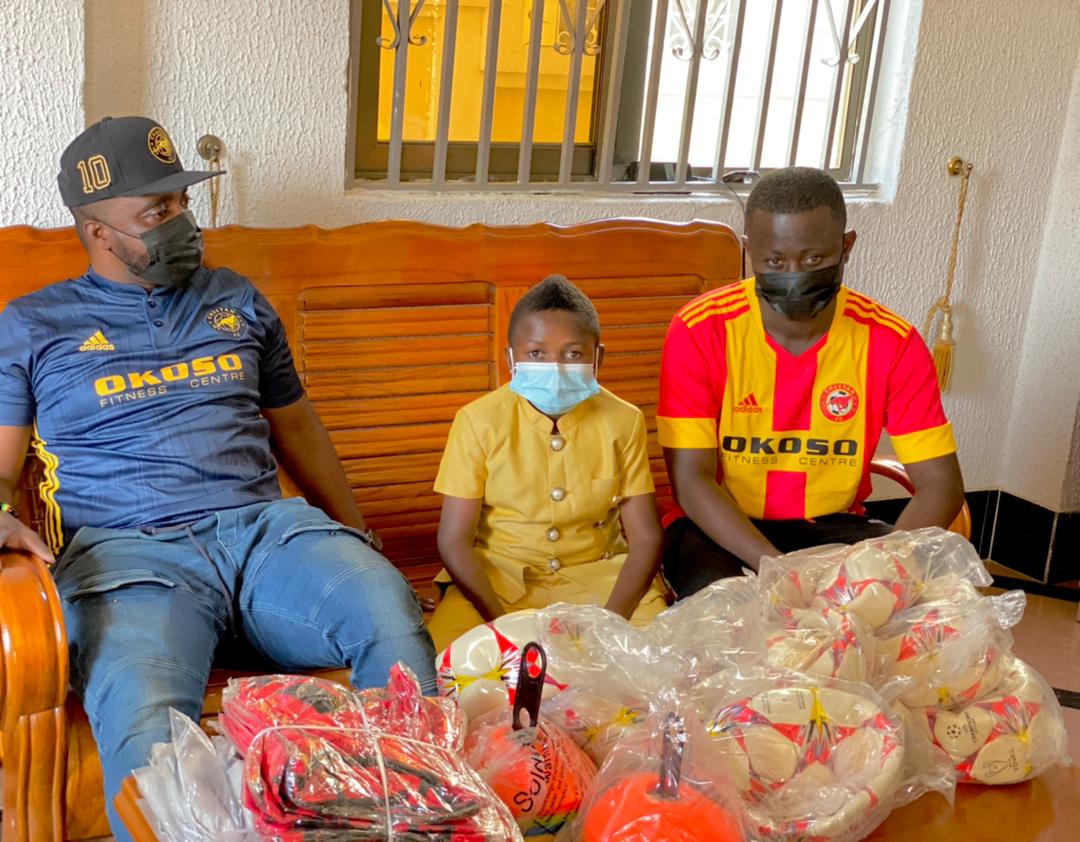 President of Cheetah Football Club Abdul Hayye-Yartey continued to offer his support to football clubs at the grassroots level, as he donated some football equipment including 17 balls, two sets of markers and two sets of bibs to Anokye Stars FC, a juvenile club based in the Ashanti region.

He also presented 15 balls, two sets of markers and bibs to Dabo Soccer Academy, also based in the Ashanti Region.

This is the fourth donation the Cheetah FC boss has made to some clubs at the Grass root level, after presenting some items to Team Move FC and GIHOC FC.

“Yaw Dabo and Kofi Kinaata are my ambassadors and since they all have football clubs; it is only important for me that have been in the game for a longer period to support them since they have also been using their brands to support Cheetah FC. I don’t only support them with equipment but also ideas that can help their clubs to succeed. With the owner of Anokye Stars, Saanie Dendem, he has been an inspiration and a father figure to me in football. Aside from that he always advises me on the right things to do with my club and the players since he is a pioneer in the game.  So it is only proper that I support him. when I visited his team some time ago, I saw the footballs they were using were very old so I decided to also help him with those items.” Mr Yartey Said

He has promised to extend the gesture to as many clubs at the grassroots level to help them produce more talents for the country.

“This gesture will not only be for these four clubs, In the past but I also have to help other grass root football clubs and it will continue. At the right time, we will visit some clubs to give them equipment that will also aid them to develop these young players.  These Grassroots football clubs are the ones who need our support. You visit one of these clubs at the grassroots level and you will see over 90-100 players using 3-5 balls. So in our small way we are contributing to helping these small clubs as we know the GFA cannot do it alone.” He added.

Mr Yartey also called on other big clubs in Ghana to replicate this gesture in other for the clubs at the Juvenile level to be well equipped and be able to nurture more talents.

“It will be very good if one or two clubs also take a clue from what I have started doing and then also help other football clubs. So that we can collectively help our Juvenile football clubs to produce very good players that will benefit other clubs in Ghana and the National team as a whole”

Related Topics:Yaw Dabo
Up Next